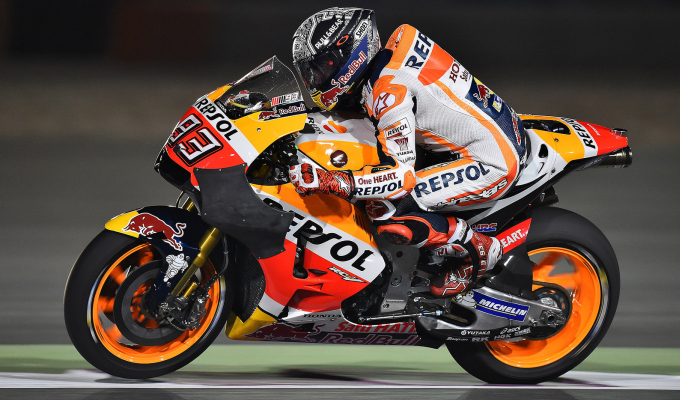 Marc Marquez said that he is quite happy after the second night of testing after revealing that he found something in the closing stages of the evenings testing.

The reigning World Champion struggled on the first evening of testing and despite ending the second night of testing in sixth position overall and three quarters of a second off the pace of Maverick Viñales, the Spaniard said he found something to try for the final night of testing on his Honda RC213V this evening.

“The impression is much better that yesterday,” said the five-time World Champion.

“Today I’m quite happy, as we worked really well and made the correct steps. We were missing something during the day but in the last run we found something interesting for tomorrow. We’ll try to keep working in this way, which I believe is the right one.

Despite not having great pace at a track in which he and Honda aren’t the strongest, Marquez beleives that he has good rhythm with his Honda and is confident they can improve further, especially with the electronics.

“At the moment our rhythm isn’t bad, but we need to do better,” he said. “This track isn’t one of the best for us, but we still have another day and we’ll try to make the best of it, working especially on the electronics side.

“The base isn’t bad; today we tried something that didn’t give the results we were hoping for, but we’ve planned something for tomorrow that we hope will allow us to improve.”