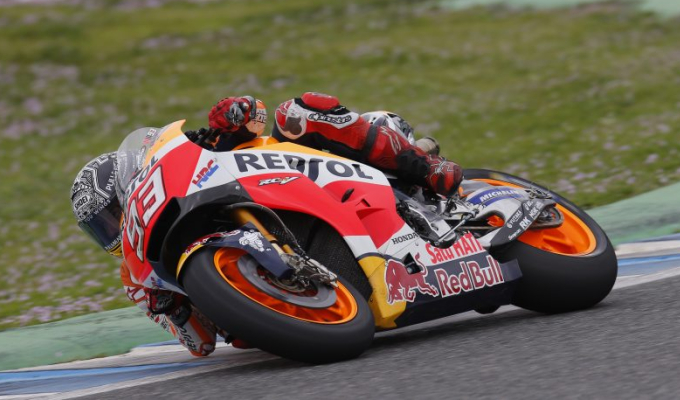 Reigning MotoGP World Champion Marc Marquez had a scare during today’s one-day private test in Jerez, dislocating his right shoulder before saying it was nothing serious.

After the first day of the two-days of track time that Honda had booked at the Andalucian circuit was rained off, the Repsol Honda riders were keen to maximise track time and it was during the afternoon that Marquez suffered a crash at Turn 7.

During the crash the World Champion dislocated his right shoulder although after popping the shoulder back in and after a brief visit to the circuit medical centre, Marquez was allowed back out on track to complete his days testing work.

“I crashed in the afternoon and dislocated my shoulder, but luckily it was nothing serious,” said Marquez.

“We did most of the work we had planned, which is good. Now I’ll have some rest back at home and get ready for the next test in Qatar.”

Honda had scheduled their two day test over fears of their new engine and how it works with the electronics of their RC213V.