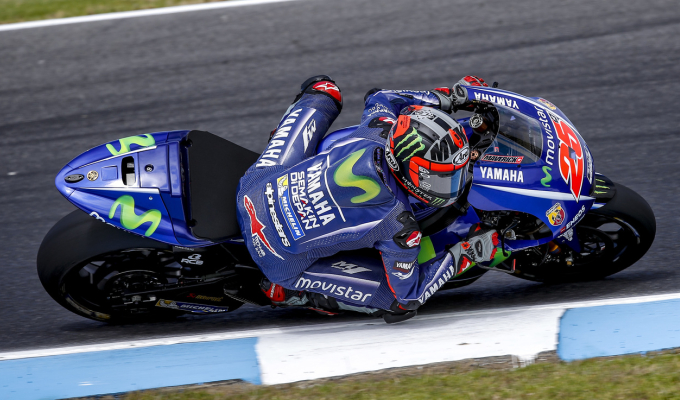 Maverick Viñales moved to the factory Yamaha seat vacated by Lorenzo when the three-time MotoGP World Champion decided to move to Ducati for this season. Viñales has taken little time adapting to the Yamaha M1 as he has topped all three pre-season tests in Valencia, Sepang and Phillip Island, posting sensational lap times in the process.

Yamaha bosses have confessed they didn’t expect Viñales to be so fast, so quickly, aboard the Yamaha but Lorenzo has said he is not surprised, comparing Viñales to the reigning MotoGP World Champion, Marc Marquez.

“He’s another rider like Marquez. I see another Marquez, unfortunately for other riders. But he is even hungrier, because he has not been champion before. Their speeds seem similar, they’re both Sunday riders who’re great at braking.

“I see them as very similar in every way. Maverick is a hungry rider with amazing speed. Maverick feels very hungry and Marquez is always there,” he said.

For as good as the opening tests have been for Viñales, Lorenzo has stared the harsh reality of the Ducati Desmosedici in the face over the eight testing days. The Spaniard ended the three pre-season tests in eighth, tenth and eighth places respectively, prompting him to admit it will be difficult to fight for the title in 2017.

“Depending on the track, we can aspire to victory. We still don’t have a bike to fight for the title, unless things change a lot or if we are very lucky,” said Lorenzo.

The final MotoGP pre-season test will begin on the 10th March at the Losail International Circuit in Qatar, two weeks before the season opener at the same venue.