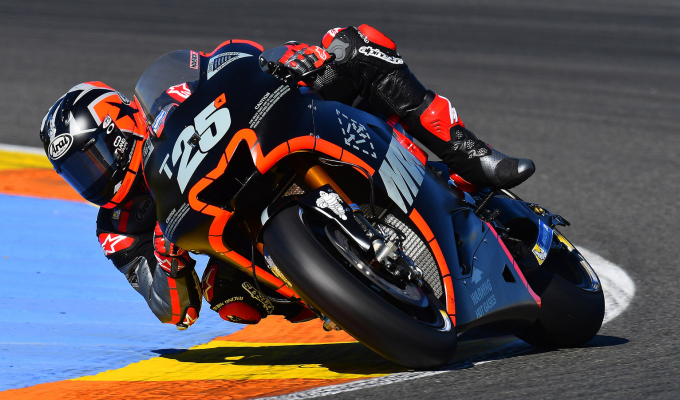 New factory Yamaha star Maverick Viñales insists that his goal for 2017 is to win the MotoGP World Championship.

The Spaniard makes the highly anticipated move from Suzuki to Yamaha, where he will replace Jorge Lorenzo. Viñales rose to prominence with a remarkable 2016 season that saw him claim his first MotoGP victory at Silverstone.

The 21-year-old impressed during his first outing on the Yamaha M1 during the post-season test in Valencia at the back end of last year, and he fully believes he can challenge for the MotoGP World Championship this year.

“This change helps me, of course, to have a chance to fight for the title and win it. That is my goal,” Viñales told German website Speedweek.com.

Despite Suzuki improving as the season went on, providing Viñales with a bike capable of regularly challenge at the front of the field, he felt that Yamaha’s experience and their history of winning in MotoGP was key in his decision to make join them.

“Yamaha’s experience in this class was crucial for me. Yamaha are a very big company that have already won a lot. Suzuki were always great to me, but Yamaha can look back on a long and successful history. I’m delighted to be riding for such a team,” said Viñales.

Now sharing a pit with Valentino Rossi, Viñales may find himself subject to the mind games Rossi has been famed for playing on title challengers. Whilst some riders failed to handle the pressure and crumbled after comments made by ‘the Doctor’, Viñales insists that he isn’t bothered by what his new team-mate, nor what any rider says in the press.

“This doesn’t bother me,” he said. “I’m a rider who just looks at himself when I’m working. I fully concentrate on my work in the pit with my team. I know I’m not a rider who gets involved in games, I just try to do my best to get results on a Sunday.

“I don’t think any comments would bother me during a press conference or something like that. Everybody’s here to win. That’s the most important thing. It’s all part of the game. “

Viñales will be on hand with Rossi on the 19th January, when the will be officially unveiled as the 2017 Movistar Yamaha riders, whilst also releasing the 2017 M1 colour scheme.

One thought on “Viñales: I moved to Yamaha to win the World Championship”