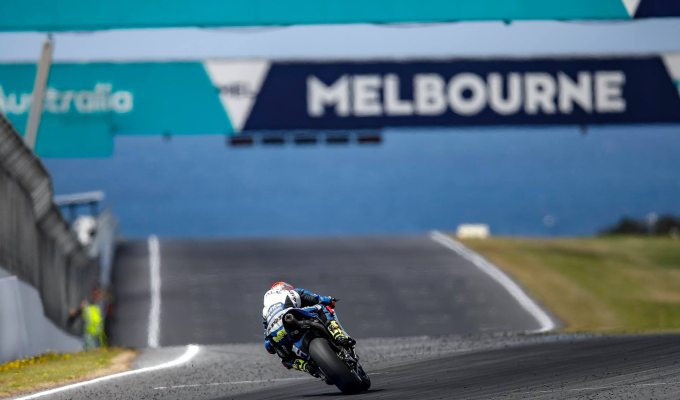 Hector Barbera has broken his left collarbone in a training crash at Valencia just three weeks before the first free practice session in Qatar.

The Spaniard was training in Valencia ahead of the start of the season, when he was involved in an accident which saw him fall and break his left collarbone in the process.

Barbera will now travel up to Barcelona where the riders favourite Dr. Xavier Mir will operate on the Spaniard, putting a plate on the collarbone at the Clinica Dexeus on Thursday morning, as Barbera now faces a fight to get fit for the first race of the season.

Ahead of the first race of the season, the MotoGP paddock have their final test at the Losail International Circuit which gets underway in Qatar in just ten days time. If Barbera isn’t fit enough to race in the season opener, Ducati would likely turn to test rider Michele Pirro to stand in for the Spaniard.