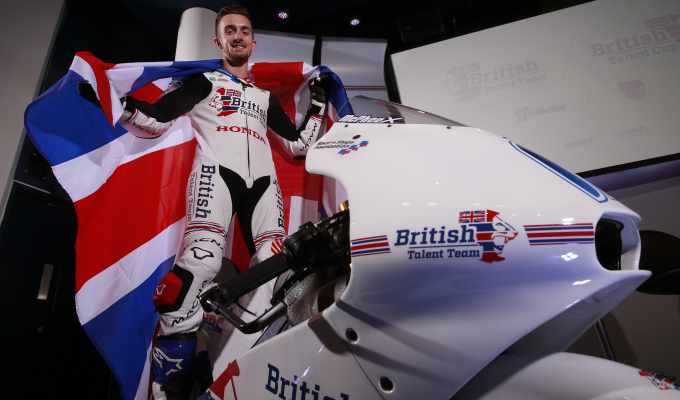 The 2016  Czech Moto3 winner was joined in the BT Centre by Alberto Puig, Jeremy McWilliams and Dorna CEO Carmelo Ezpeleta to present the Honda machine which McPhee will run in 2017.

The British Talent Team is a Dorna run team that has been set up to work alongside the British Talent Cup – which was also announced on stage in London – with the aim to unearth and support young British riders into the World Championship.

McPhee said that he is extremely happy to be representing the whole of Britain as well as being the pioneering rider in British Talent Team.

“I’m really happy to have this opportunity in the team and I’m looking forward to the season to see what we can do,” said the Scot.

“Representing the UK and British Isles on the world stage, as well as the Team and Cup, is a big responsibility but I’ll work hard to get the kind of results we’re aiming for – and get this new project off to the best start.

“Thanks to everyone for the opportunity – and now I’m just looking forward to getting out and racing.”

McPhee will be a single rider in the British Talent Team in 2017, although there is already scope to add a second rider for 2018 as they attempt to bring through British Talent Cup riders through.