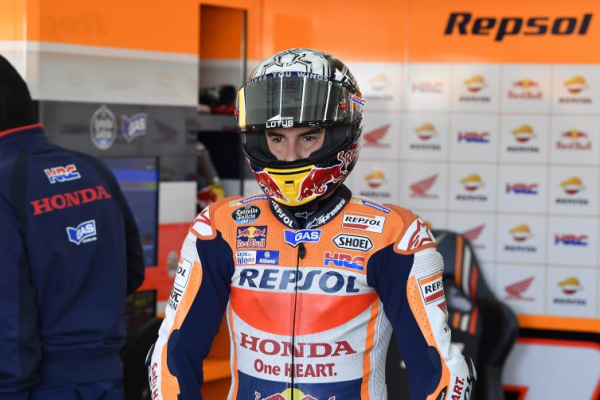 MotoGP World Champion Marc Marquez has said that new factory Yamaha rider Maverick Viñales will be a title challenger in 2017.

Viñales topped both days of the post season test in Valencia, posting the third fastest lap ever around the Ricardo Tormo circuit on the second day, two tenths of a second faster than second placed Marc Marquez. Whilst Marquez was spending a lot of the day focusing on working on the new 2017 Honda RC213V and it’s ‘big bang’ engine, the World Champion did admit that Viñales will be a threat to his crown in 2017.

“He will be a rival for the championship, I said it before the test,” Marquez said of Viñales to Spanish newspaper Marca.

“He has talent, and both Valentino and Jorge have shown the bike is good. If he was half a second faster, I would worry more. At the moment we’re all similar.”

Despite Viñales posting the fastest lap time of the day, Marquez said that he was very happy with the progress he and his Repsol Honda team made. The five-times World Champion was positive saying they have started their preparations for 2017 much better than how their 2016 preparations begun.

“Today was a good day. We started the pre-season better than last year, and we hope to continue to constantly progress from now on,” said Marquez. “At this track we found a good base setup and a good rhythm, and we’ll see how it goes from now. We hope to continue like this.”

Marquez also said that he wasn’t too bothered by the single lap pace of Viñales, who posted his fastest two lap times with the new construction Michelin front tyre, with Marquez posting his fastest lap in the middle of a 10-lap run and not during a time attack.

“We didn’t do a ‘time attack,’ and we also didn’t test the new Michelin front, as we eventually used all the track time available to make long exits and also a couple of 10-lap mini-long runs,” he said.