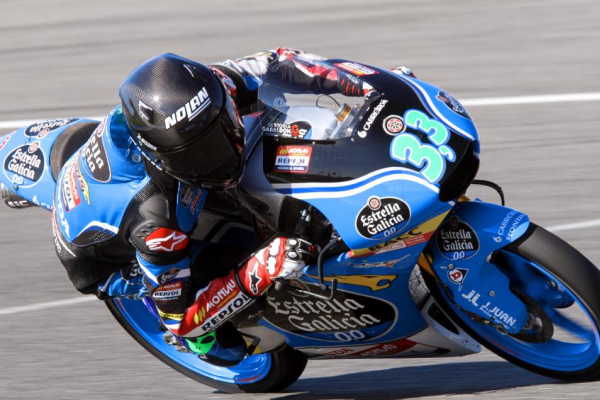 Takaaki Nakagami and Romano Fenati topped the opening day of their respective tests on the first day of 2017 test for the Moto2 and Moto3 classes in Jerez.

The Japanese rider is staying with his Idemitsu Team for 2017 and posted the fastest lap of the day, a 1:42.181 which was three tenths of a second faster than second placed Alex Marquez. Lorenzo Baldassarri and Luca Marini were third and fourth respectively whilst Danny Kent was fifth fastest. Edgar Pons was sixth on his Paginas Amarillas HP40 Suter just ahead of Kent’s Leopard Suter team-mate for 2017 Dominique Aegerter. Miguel Oliveira on his return to the Ajo team posted the eighth fastest lap of the day on the KTM Moto2 machine, albeit 1.3 seconds behind Nakagami’s time. One day removed from his first excursion in MotoGP, Pecco Bagania was the top rookie in ninth position, whilst the returning Yonny Hernandez was twelveth fastest, just ahead of rookies Fabio Quartararo, Jorge Navarro and Andrea Locatelli who were 13th, 14th and 15th respectively. In the Moto3 class, the returning Romano Fenati was the fastest rider on his Ongetta Honda. The Italian left halfway through the 2016 season in somewhat controversial circumstances, but looks set to prove a point in 2017. Fenati was just over two tenths of a second faster than second placed Enea Bastianini. ‘The Beast’ joined up with his Estrella Galicia 0,0 team for the first time and impressed from the off.

Bo Bendsneyder was third fastest and just ahead of another rider in a new team, Jorge Martin, who has taken the seat vacated by Bastianini in the Gresini team. Martin finished just ahead of his team-mate for 2017, Fabio Di Giannantonio. 2016 Moto3 World Champion Brad Binder’s replacement is Nico Antonelli and the Italian ended his first day on the KTM in sixth position overall, just six tenths behind Fenati. New Aspar Mahindra Albert Arenas was just ahead of Aron Canet and Andrea Migno whilst Marcos Ramirez rounded out the top ten.