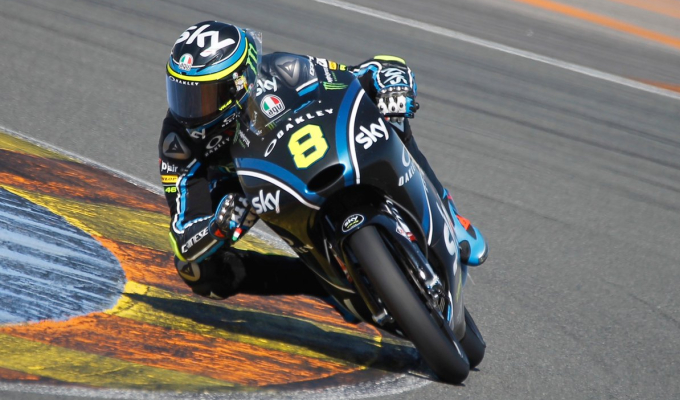 Whilst the MotoGP riders were finishing their three-day test in Australia, the Moto2 and Moto3 riders were beginning a two-day private test over the weekend at the Ricardo Tormo circuit.

In sunny conditions in Valencia, Nakagami led the Moto2 riders, continuing his impressive testing form with a fastest time of a 1:35.531 which was 0.161 ahead of second placed Marc VDS rider Franco Morbidelli.

Marcel Schrötter was third fastest on his Suter and just two and a half tenths faster than Tech3’s Xavi Vierge on his Suter. Danny Kent on his Kiefer bike was fifth and a further tenth behind Vierge. Forward racing’s Baldasarri was sixth, whilst Aegerter, Cortese, Gardener and Navarro rounded out the top ten.

Yonny Hernandez was eleventh on his return to Moto2 and ahead of Pecco Bagnaia, Pawi and Manzi rounding out the teams. Tom Lüthi, Alex Marquez and Luca Marini were also all present although they didn’t have transponders fitted to their bikes.

In the Moto3 class, second year Sky VR46 rider Nico Bulega was the fastest rider with a 1:40.193 which was a tenth ahead of German Phillip Öttl and his team-mate Andrea Migno. The Sky riders along with Öttl were the only Moto3 bikes with transponders fitted, but there were joined by the Mahindra duo of Dalla Porta, Arenas as well as Gabriel Rodrigo and Maria Herrera, who suffered a small crash.

Both classes are in action again tomorrow before heading to Jerez in a couple of weeks for the first official test of 2017.