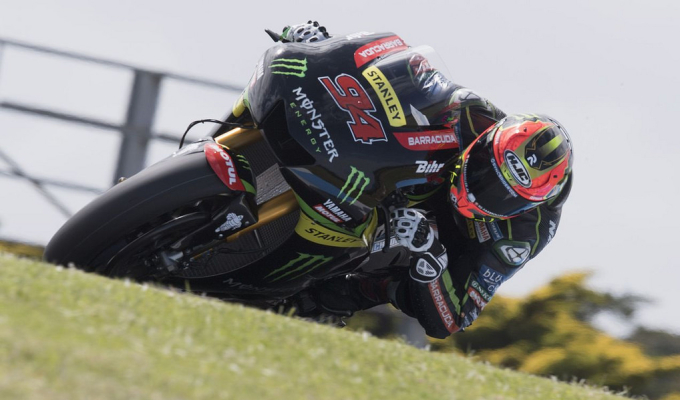 The young German impressed by ending the test fourth fastest, less than a hundredth of a second behind the time of third fastest Dani Pedrosa. Completing 190 laps over the three days, Folger said that despite a crash, he leaves Australia very happy.

“Today was another good day and we can head home feeling positive for the future and happy about what we accomplished at Phillip Island,” said Folger.

“This morning, I got straight to work and I was able to cut my lap time further, which was a strong start. After that, the team and I tried a lot of settings on the bike but I was never 100% sure about which direction was the best one to take, despite the rhythm being quite good. Then, I started a race simulation but after three or four laps, I crashed at turn six.

“I returned to the track on my second bike that had a different setting, and after completing eleven laps or so, my confidence came back and I became faster and faster, which was very important.

Despite knowing that his work was far from over, Folger said he will head to Qatar in good spirits and confident in what he can do.

“Now we know which direction we have to head towards and we will try again in Qatar. However, for the moment, we can be fully satisfied about what we completed here because the rhythm was good, the lap time was strong, we tried many options and we sorted a lot of things out, so we can all be really content,” he said.