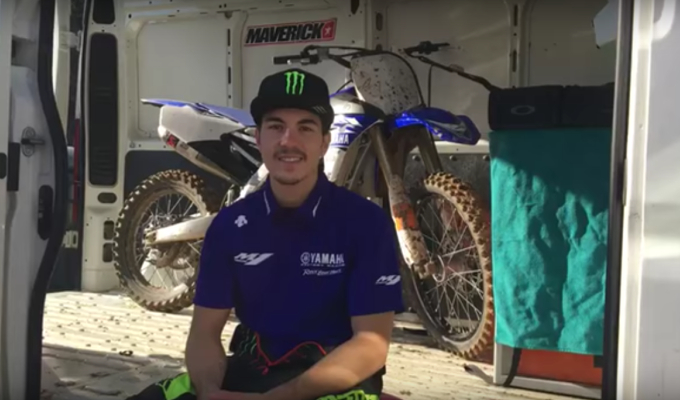 Maverick Viñales made his first appearance in official Yamaha colours in a short video message, where he says he will try his best to bring the MotoGP title back to Yamaha.

Viñales is preparing hard for the 2017 season, working hard in the gym and on dirt bikes. The Spaniard made an immediate impact on the Yamaha, topping the post season test in Valencia last November. With expectations now sky high, Viñales reiterated his message that his target this season is the win the MotoGP World Championship.

“Since the first of January, I am a Yamaha MotoGP riders. I will try my best to bring back the title,” Viñales said during a short video message posted on the official Movistar Yamaha YouTube page.

Both Viñales and his new team-mate Valentino Rossi will be on hand in Madrid on the 19th of January to unveil the 2017 Yamaha M1. Early rumours suggest that the bike will include a lot less sponsors, with more green on the bike, including green wheels.