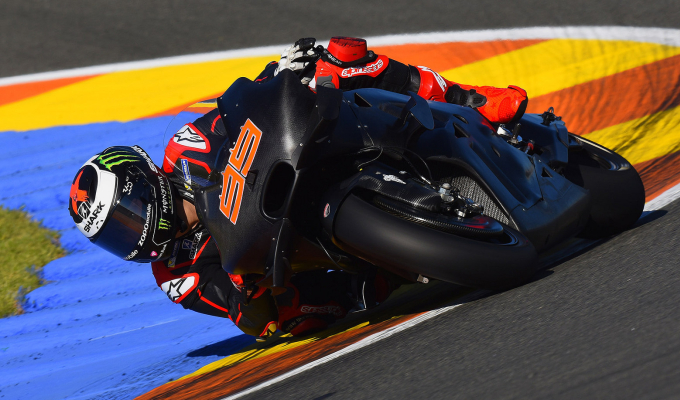 Jorge Lorenzo has said that he wants to make history with Ducati.

The Spaniard’s contract with Yamaha officially expired Saturday night, and he wasted little time in talking about his new employers. The three-time MotoGP World Champion posted pictures on social media, including a Ducati coffee cup whilst in Italy.

Before setting off on a holiday to the Dominican Republic, Jorge Lorenzo released a self titled book through eFanswer. The main premises of the book is about Lorenzo answering fans questions talking about his life on and away from the track.

With his Yamaha contract over, Lorenzo is free to speak about Ducati, saying he wants to make history with them.

“I want to make history with Ducati,” said Lorenzo in his book, via Marca. “It’s going to be an exciting challenge, because it’s a big factory that has only one MotoGP title. After my time with Yamaha, I want to win a title with another bike. This is my goal for 2017.

“My next goal is to keep on winning. It’s true that when you’ve won so many times it’s not easy to keep your motivation, but I’m insatiable from that point of view.”

The final chapter of the book is entitled ‘The Future’ and within the chapter, Lorenzo goes on to explain just some of his thinking when it came to making the decision to leave Yamaha in favour of a move to the Bologna factory.

“With regards to changing teams, my desire to win with a bike like the Ducati is what led me to make this decision,” he said.

“Yamaha offered both Rossi and I the chance to renew our contracts at the same time. Valentino accepted without hesitation, I on the other hand had more doubts and more options, more offers.

“In the end I decided to accept the offer of another team. Neither Rossi’s renewal nor any other external factors influenced my final decision.”

Despite previously saying he would consider retirement when he reached 30, Lorenzo – who turns 30 in May – said he doesn’t plan on retiring anytime soon.

“I’ll continue to compete in MotoGP as long as I feel motivated,” said Lorenzo.

“I don’t know until when, but I still have a lot of desire and a lot of ambition, so I don’t make long-term guesses. I’m not thinking about what I’ll do after, I guess I’ll improvise a little.”