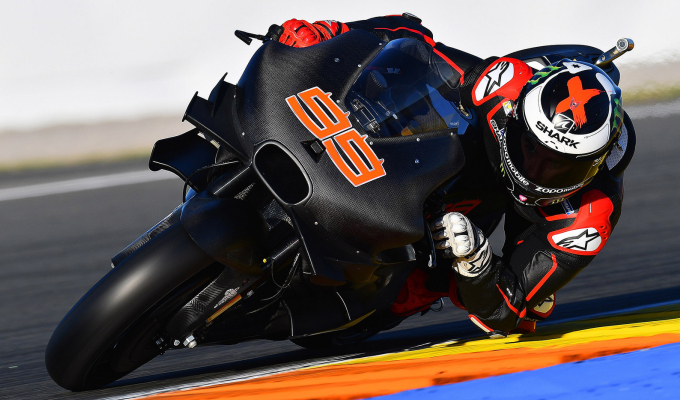 Four-time 250cc World Champion Max Biaggi has said he beleives that close friend Jorge Lorenzo has made the correct decision in leaving Yamaha in favour of a switch to Ducati.

Lorenzo moves to Ducati after nine seasons with Yamaha and he hopes to give Ducati their first title since 2007. The Spaniard endured a tough year in 2016, ending the season third in the MotoGP World Championship. Winning only four races through the year, rain and the new Michelin tyres left Lorenzo struggling against the newfound consistency of Marc Marquez and the evergreen Valentino Rossi.

Despite 2017 shaping up to be as hard as any season for Lorenzo, in no small part due to the pace of his replacement at Yamaha, Maverick Viñales. Biaggi revealed that Lorenzo was very happy with his his first taste of the Ducati last month in Valencia.

“Yes, he’s really revved up, sure of himself, and he likes the bike,” Biaggi told Italian website GPone.com.

Biaggi then explained how he thinks that the 29-year-old made the correct decision to leave Yamaha in favour of Ducati.

“We already spoke about it last year and, in the situation he was in, he’s done the right thing. Then Ducati said that they have no excuses with Jorge, which means they’re ready to give it their all. Even more, they’re going to try and make the bike a regular winner,” he said.

Lorenzo now aims to become the fifth different person to win premier class titles on different brands of motorcycle. With next year shaping up to be one of the toughest in recent memory, Biaggi beleives that Marquez and the two Yamaha’s of Rossi and Viñales will prove the sternest test to Lorenzo’s ambitions.

“The favourite on paper is the World Champ, Marquez. Then in second place is Rossi and third Viñales. But then everything can change,” he said.

2 thoughts on “Biaggi: Lorenzo has “done the right thing””