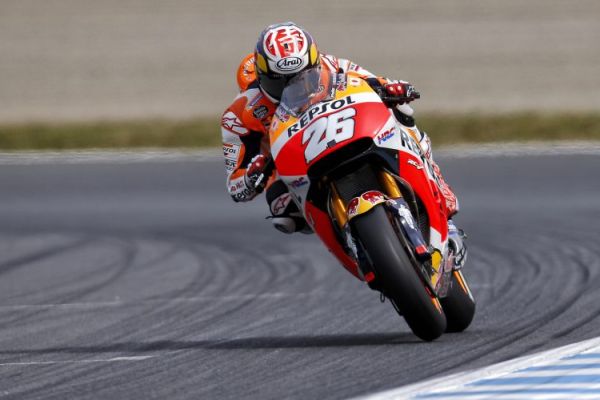 Repsol Honda’s Dani Pedrosa suffered a broken collarbone during a huge free practice at the Twin Ring Motegi, ruling him out of all three flyaway races.

The 2015 Japanese Grand Prix winner was looking to build on his Misano victory, when in the closing stages of the free practice two, the Spaniard was building up before one final quick run, he was thrown from his Honda RC213V at turn 11.

When you see Pedrosa's crash again, it's remarkable that he only broke his collarbone #MotoGP #DP26 https://t.co/IgdnONiGnt

Despite being shot out of the saddle at the end of the rear straight, Pedrosa was able to walk away from the crash, albeit with assistance from the Japanese stewards, although he was supporting his left arm.

Barring something extremely unexpected, Pedrosa will now lose fourth place in the MotoGP World Championship to Maverick Viñales. The Suzuki rider is only just six points behind Pedrosa with three races in three weeks.