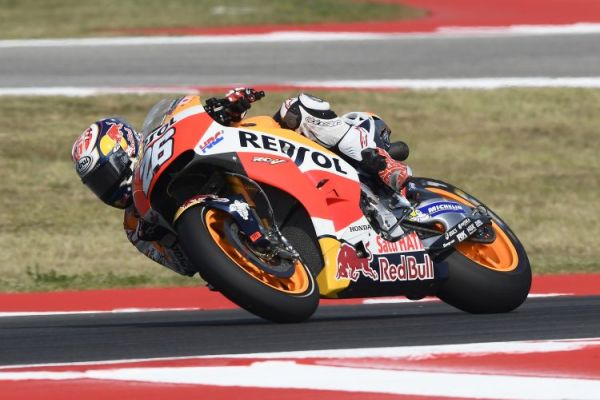 Dani Pedrosa said he is gaining confidence back on his Repsol Honda RC213V “step by step” as he ended the opening day of free practice in Misano as the second fastest rider.

Pedrosa has seen a drop in form after having his contract with HRC confirmed for a further two seasons back in May, after intense speculation he may join Yamaha. Pedrosa has cited a lack of confidence for his lack of results, as well as the Honda RC213V being an incredibly difficult bike to ride.

After two difficult races in both the Red Bull Ring in Austria and Brno in the Czech Republic, Pedrosa almost press the reset button on his season, looking to start again in Silverstone.

“We’ve started in a positive way and I’m obviously very happy. It will be important to remain totally focused for tomorrow,” said the Spaniard.

“Luckily we had the chance to try almost all the tyre specs, as the track conditions were ideal — very grippy. In the test after the Brno race, we made a small change in the setting, which I liked. We have continued working in that direction, not making too many changes, first in Silverstone and now here.

“We’re gaining some confidence step by step, and now we must continue like this, keeping a good pace and making the right tyre choice for the race.”