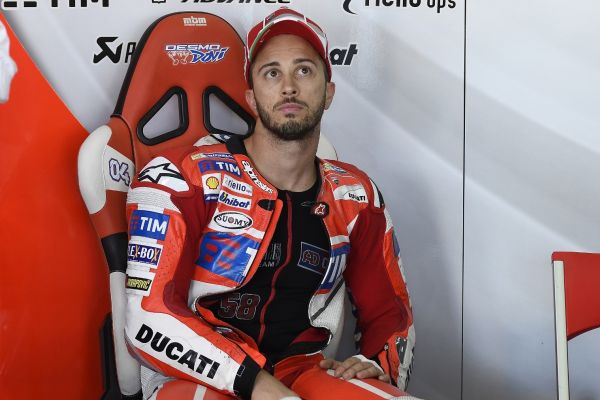 Factory Ducati rider Andrea Dovizioso has said that wants to beat new team-mate Jorge Lorenzo in 2017, but he isn’t obsessed with beating the Spaniard.

The Italian was retained over his team-mate in the factory Ducati squad for next season, in part due to his stable, mature approach and in part to his own speed. Alongside Lorenzo, Ducati have an experienced and well rounded duo heading into 2017.

Dovizioso has seen the Ducati change drastically since joining the factory from the Tech3 team in 2013, with the biggest changes coming under technical guru Gigi Dall’Igna – a man Lorenzo called the best in the business.

Notoriously difficult to ride, Dall’Igna has made the Desmosedici a much more rider friendly machine, without taking away from the Ducati’s strengths. With Lorenzo’s greatest strength being his corner speed, if Ducati can fix any front end issues, the acceleration power of the Ducati could make the three-time MotoGP World Champion unstoppable.

Whilst winning races and the World Championship will be Lorenzo’s goal, his old rival from 125cc and 250cc days, Dovizioso has every intention of trying to beat Lorenzo.

Despite clashing with Lorenzo in their junior class days, Dovizioso insisted there would be no repeats of Argentina, where Andrea Iannone took out both factory Ducati’s in the final corner of the Termas de Rio Hondo circuit.

“However, I am not the kind of driver who drives the other into the machine. Especially not my teammates, just because I want to beat him,” he said. “But we never been on the exact same machine, so this is interesting.”

Ducati today confirmed that their planned Jerez test at the end of November has been abandoned, with now only test rider Michele Pirro heading to southern Spain, with Yamaha refusing to release Lorenzo from his contract for the test.