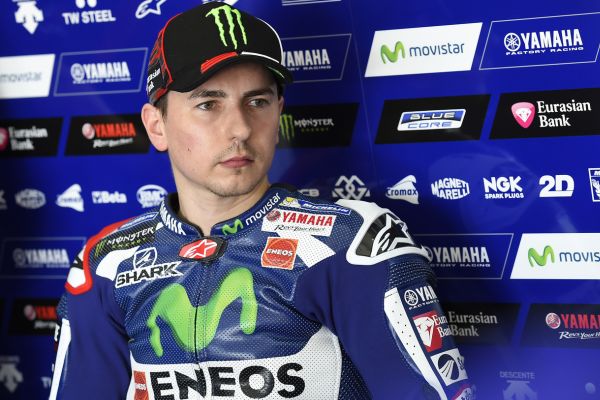 The factory Yamaha team have blocked Ducati-bound Jorge Lorenzo’s second test aboard the Desmosedici in Jerez late next month, only authorising the World Champion to run in the season ending test at Valencia.

Like every other rider changing teams, Lorenzo is due to get his first taste of his 2017 machine during the two day test which follows the season ending round in Valencia, on the 15th and 16th of November. Despite being under contract with Yamaha until the 31st of December 2016, it’s common for factories to release their riders early.

With this in mind, Ducati and Lorenzo were then hoping for a second session a week later in southern Spain, where Ducati have hired out the Jerez circuit. However, Ducati Sporting Director Davide Tardozzi has confirmed that despite the best interests of the Italian factory, Yamaha do not intend on releasing Lorenzo for their second Spanish test.

“We tried to unlock the situation in every way possible, but we found ourselves facing a wall,” Tardozzi told Italian newspaper Gazetta dello Sport.

In a bid to save their allocated testing days, Ducati have subsequently decided to only send test rider Michele Pirro down to Jerez.

Refusing to try and force the issue and cause a potential knock on effect with both Suzuki bound Andrea Iannone and Lorenzo’s replacement at Yamaha Maverick Viñales, Ducati have insisted that refusing to release Iannone never crossed their minds.

“We didn’t even think about it. We believe that in a environment of sportsmanship these things should be common,” he said.

Yamaha will be testing their 2017 M1 with both Valentino Rossi and Viñales in Sepang at the end of November.

Whilst Yamaha have not offered any explanation as to why they have refused to release Lorenzo from his contract – much like they did with previous riders who have left Yamaha for Ducati, such as Rossi, Ben Spies and Cal Crutchlow. Although it is suggested that the reason is more to do with Lorenzo’s potential speed on the Ducati rather than a misdemeanor on the part of the Spaniard.