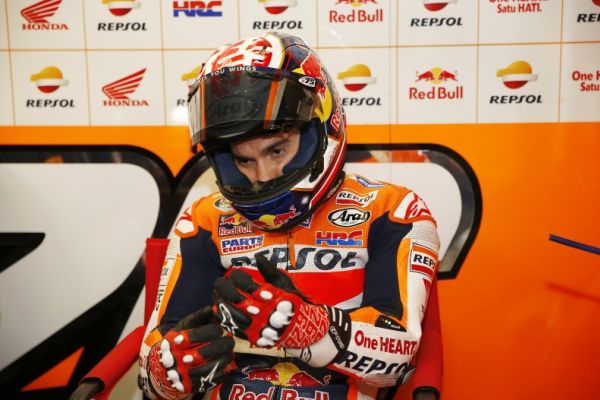 Dani Pedrosa will take crew-chief Giacomo Guidotti away from Scott Redding and make him his own crew chief for the 2017 MotoGP season.

Pedrosa, who lose long time crew chief Mike Leitner to KTM at the end of 2014, replaced the Austrian with Ramón Aurín, an important member of his already existing team. However, after two seasons with Aurín, Pedrosa has once again been looking for a new deputy.

According to Spanish newspaper Marca, the man Pedrosa has secured is Giacomo Guidotti. Guidotti is currently Scott Redding’s crew chief in the Pramac Ducati team, although was apparently not Pedrosa’s first choice.

Prior to the hiring of Aurín Pedrosa approached Juan Martinez before being knocked back two years ago. It is understood that Pedrosa once again approached Nicky Hayden’s former crew-chief before once again before being rejected a second time by the now Movistar TV presenter. After being rejected by Martinez, Pedrosa set his sights on, and secured the signing of Guidotti.

Guidotti has spent time working in the World Superbike paddock and worked with Troy Corser, Max Biaggi and Leon Haslam, before moving into MotoGP with the Avintia Ducati team and Hector Barbera. Since being in MotoGP, the 47-year-old has moved from Barbera onto the Pramac team to work with Yonny Hernandez, before inheriting Scott Redding from this season.

However, after just one season, he now looks set to leave the Brit and the Ducati set up in favour of a switch to join the three-time World Champion Dani Pedrosa at HRC. Despite breaking from Pedrosa, Aurín will remain with HRC and the MotoGP paddock, moving to the Marc VDS team to work alongside Jack Miller. Miller is losing his crew chief Cristian Gabbarini who is re-joining Ducati to work with incoming Spaniard Jorge Lorenzo as they hope to form a formidable partnership with the Bologna factory.

Miller had requested Patrick Unger to replace Gabbarini. Unger currently works with the Ajo KTM team, but Honda have informed Miller than they have assigned Aurín to home, to help him as he continues to work and learn the RC213V, as the Assen MotoGP winner enters the third and final year of his three-year HRC contract.

Expect an official announcement on the deal no later than the Aragon Grand Prix in two weeks time.