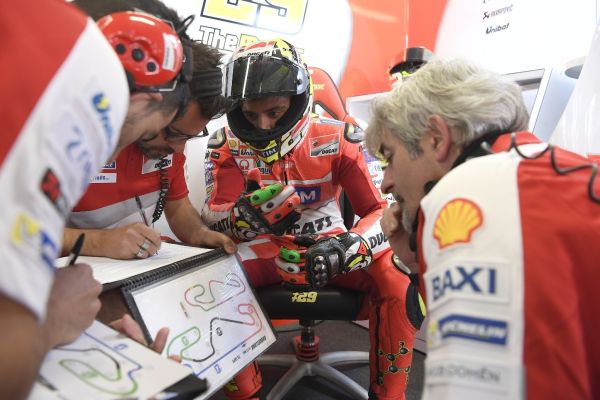 Andrea Iannone will miss this weekends Misano Grand Prix after sustaining a back injury during FP1, also putting his participation in the Aragon MotoGP in doubt.

The Italian suffered a fast crash during free-practice one on series of fast right handers on the back end of the circuit. Whilst gingerly walking away from the crash, further checks in the medical center suggested that he may have sustained more damage than initially thought.

The head of the Misano medical center, Dr. Eraldo Beradri, said that Iannone has sustained an injury to his third thoracic vertebra which isn’t curable by surgery, it will require complete rest for at least two weeks. Iannone has gone to a the local hospital for further checks and an MRI – if the initial diagnosis is confirmed, then the Italian could be a doubt for the Aragon Grand Prix in two weeks time.

Confirmation from Paolo Ciabatti confirmed that Iannone was ruled out of the Grand Prix without offering a final diagnosis on how badly injured the Italian is.