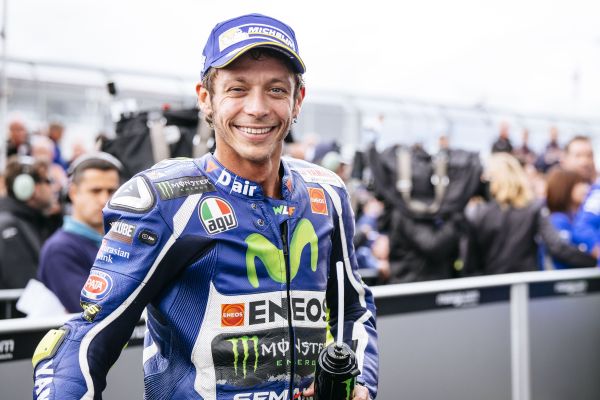 Valentino Rossi has said he is willing to give 20% more in order to secure victory at his home race of Misano this weekend.

Just one week after the British Grand Prix at Silverstone, the MotoGP paddock heads back to Italy and into the backyard of Valentino Rossi. The Italian grew up and lives in Tavullia, a town just 10km away from Misano.

Misano marks the second Italian race of the season and a chance for redemption for Rossi. During the other Italian round at Mugello, Rossi’s engine let go, leaving the Italian heartbroken and robbed for the chance for a victory in front of his home fans.

The Doctor will be hoping to channel the added pressure and expectation that comes with every home race to try to claim his fourth MotoGP race at Misano.

“Next week at Misano will be the most special weekend of the season, because Misano is “my race”, it’s my home,” said the nine-times World Champion.

“Usually we are quite good there, so we hope to be competitive. There will be a great atmosphere: a lot of fans, a lot of people around and also a lot of pressure, so we have to try to give 20% more than the maximum.”

The Italian reduced the gap by three points at Silverstone to 50-points, to MotoGP World Championship leader Marc Marquez.