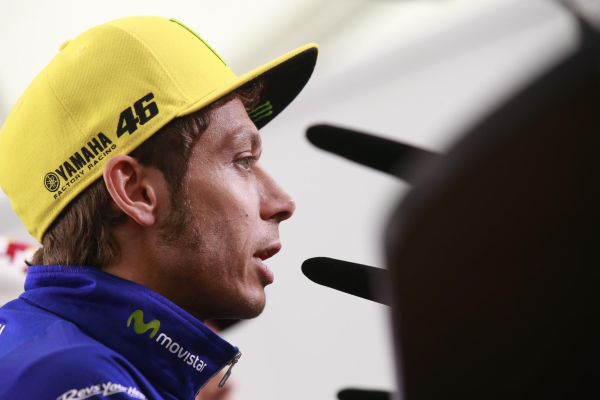 Nine-times World Champion Valentino Rossi will try a new swingarm and chassis on his Yamaha YZR-M1 this weekend, after testing both parts during the post-race test in Brno two weeks ago.

Rossi was given both the swingarm and the chassis by Yamaha to test during the one-day test after the Brno Grand Prix. The Italian considered both parts as an upgrade to the current spec pieces he has been using thus far in 2016.

Rossi will run both parts tomorrow afternoon, during FP2 before deciding if he will use either or both parts during this Sunday’s British Grand Prix.

“The Monday test in Brno was very good for me,” said ‘The Doctor’.

“I felt good with the bike and had quite good pace. I enjoyed it too. We had some new stuff, a different swingarm and a different chassis, in Brno I had a good feeling with them. But we need to confirm it tomorrow. We will try tomorrow during the practice to understand if the reality is that they’re also better in Silverstone.”

Rossi’s team-mate Valentino Rossi, Jorge Lorenzo – who is leaving Yamaha for Ducati at the end of the 2016 season – hasn’t been given the new swingarm or chassis to test to either test in Brno or use this weekend in Silverstone.