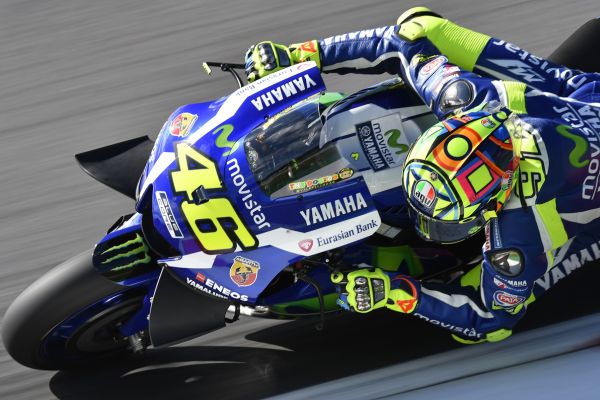 Valentino Rossi has admitted this his team mate and 2015 World Champion Jorge Lorenzo was much faster than him in Brno, the venue of this weekend’s Czech Grand Prix.

The World Champion won last year’s Czech Grand Prix, with the Italian rounding out the podium, albeit ten seconds behind the winner. Last weekend’s Austrian Grand Prix saw the Spaniard seemingly find his confidence again after an awful two race stretch in Assen and the Sachsenring with a podium, just ahead of Rossi himself, who finished fourth.

A Yamaha 3-4 behind the two factory Ducati’s was better than Rossi and Yamaha were anticipating, but the nine-times World Champion did say that he is glad he is back on track so soon after just missing out on the podium.

“I like that we go back on track immediately. In Austria I wanted to get on the podium but I wasn’t able to so unfortunately,” said the Italian.

“Anyway, it was a good race. After the tests we were a little bit in trouble but during the race we didn’t do so badly.

“Now we go to Brno, a track that we know well and that I like very much. Last year Jorge was much faster than me and I’m curious to see if this year I will do better. We are working well and the Brno GP is close. I want to get back on track.”

Rossi is currently third in the MotoGP World Championship, 57 points behind Marc Marquez after beating the Spaniard last time out.