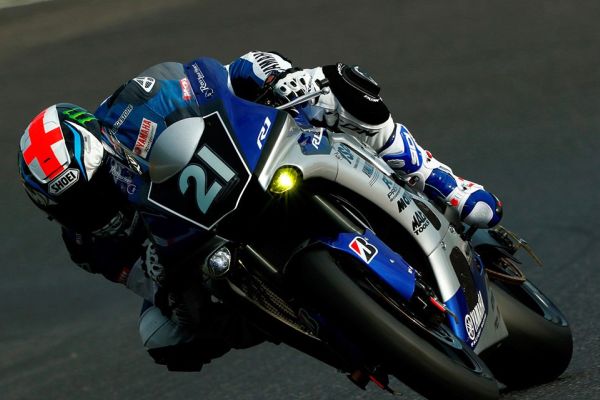 Monster Energy Tech3 Yamaha rider Bradley Smith was lucky to escape without a broken femur after a scary crash during free practice for this weekends Oschersleben World Endurance race.

The Brit, who is this weekend joining the Yamaha YART team, in a bid to help Yamaha secure both the Suzuka eight-hour and World Endurance title.

However, whilst practising aboard his Yamaha R1, the Brit was involved in an accident in which he damaged his leg. The Yamaha team confirmed that Smith hit another bike, who was coasting around the circuit, and that he had broken his femur bone, as well as sustaining a deep cut to his leg.

Fortunately for Smith, x-rays have confirmed that no bone was broken in the accident, although he will need stitches in his leg and is likely ruled out of this weekend’s event in Oschersleben.

Ok…. grabbed my phone. No brokern bones on the x-ray. Just gotta stitch up my leg and then assess any further injuries. #luckyboy

Hopefully the injuries sustained do not keep Smith out for any races, with his home round at Silverstone next weekend, Smith will be hoping to kick-start a late season surge in front of his home fans.