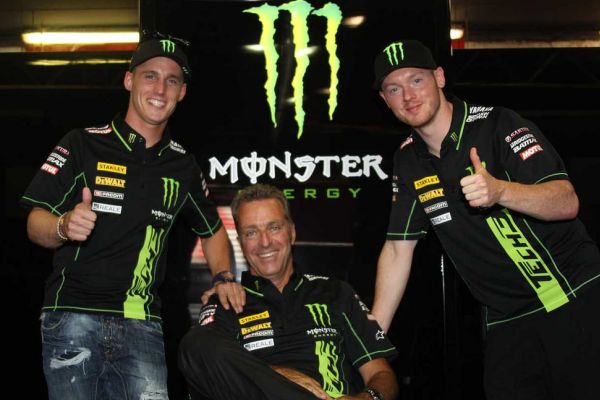 Could Tech3 be ready to field the same rider line up for a third straight season in 2016?

The French team has fielded both Pol Espargaro and Bradley Smith for the 2014 and 2015 season’s, and it now looks as if they may be retaining the same duo for a third season. The Yamaha satellite team has close links with the factory team, and Espargaro was handpicked by Yamaha, singed to a factory contract and then placed in the satellite team. Despite Espargaro being groomed to be the next man on the factory Yamaha bike, his performances so far this season have been a little underwhelming.

Smith on the other hand has a direct contract to the team itself, and not Yamaha. In the final year of his contract, it was always going to be a pivotal season for Bradley Smith. He is currently sat one point behind reigning World Champion Marc Marquez, and exceeding factory expectations.

“We always make calls to picture what we might want to do in the future,” Lin Jarvis, Managing Director of Yamaha Motor Racing told speedweek.com.

“But we have not talked in detail about the rider issue with Tech3 in 2016. We need to speak to team owner Herve Poncharal to see if he wants to continue still with the same riders. In principle, Herve has the first choice for the rider issues. But the contract for Pol Espargaro was completed directly with Yamaha. Now we need to consider how we should plan for the 2016 season.
“With regard to rider performances, we are very happy at the moment with two Tech3 riders. What I will say, is at the moment Bradley’s performances have been very good, he’s really exceeded our expectations. And on the other side, Pol at the moment a bit below our expectations; we counted with him in the second MotoGP season to have some better results.
“But if you look at the available spaces and are thinking about which riders are on the market in 2016, then I would say: We have the optimal rider pairing under contract for Tech3. When it comes to me, I would say that we should go ahead with both riders.”

Last season there was plenty of speculation and rumours that Yamaha had contacted a host Moto3 riders including Jack Miller, Alex Rins and Alex Marquez. They all declined and Yamaha only then decided to renew the contract of Smith. Whilst Jarvis admits that he and Yamaha are always on the look out for the next young star, they don’t see anybody who could come in and do a better job than their current riders.

“We look around constantly,”he said. “But at the moment we see no young rider, who could surpass the performances of Bradley or Pol at Tech3 next year.”

There has been increasing speculation that current Moto2 points leader Johann Zarco could make the move into MotoGP, with Poncharal and Tech3 eager to field a French rider in their team. Whilst not dismissing the suggestion, Jarvis did little to get French hopes up of a homecoming for Zarco.

“When asked about a potential move, Jarvis said: “I don’t know. You need to ask Herve Poncharal. Zarco is 25 soon, so he’s no longer the youngest rider.”