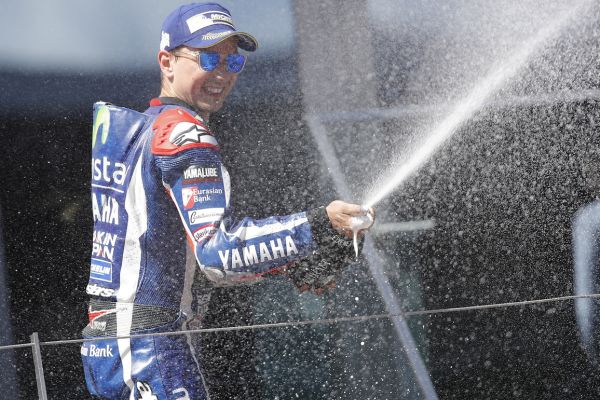 Reigning MotoGP World Champion Jorge Lorenzo has said that Brno is the perfect racetrack for his Yamaha YZR-M1 as he continues to hunt down Marc Marquez atop the World Championship standings.

The Spaniard ended the worst two-race run of his career with a solid third position behind the factory Ducati’s last time out in Austria, but pivotally, ahead of his compatriot. With his podium, Lorenzo cut the gap to Marquez to 43 points, and he will be hoping to make the most of the “beautiful” Brno circuit.

“We achieved a great result in Austria after a difficult period for me, so I’m pretty happy to come back with a podium finish,” said the World Champion.

“I’m happy to ride again this week at Brno in a back-to-back race. That racetrack is beautiful and it suits the YZR-M1 perfectly. I like the Brno circuit a lot because it has plenty of high-speed corners and I have good memories there.

“Last year we dominated the race and I hope to have good feelings there again this time round. We need to stay in the fight again and try to recover some more points for the championship as we did in Spielberg.”