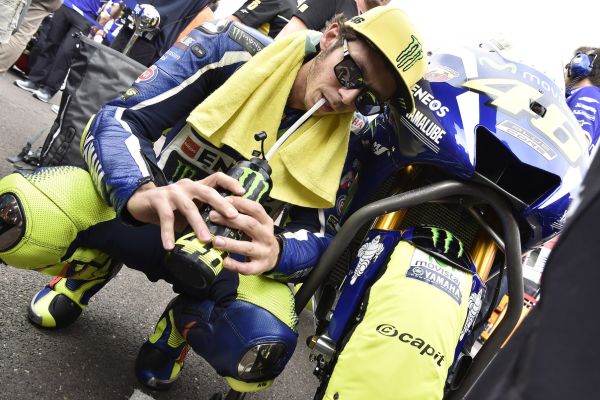 Valentino Rossi has said he must finish on the podium at this Sunday’s Spanish Grand Prix in Jerez after his first crash in over a year last time out in Austin.

The nine-times World Champion crashed out of the Grand Prix of the America’s just under two weeks ago, losing the front end of his Movistar Yamaha M1 on only the second lap, leaving him with just one podium finish – that was gifted to him after Iannone torpedo move in Argentina – from the opening three rounds of 2016.

Rossi is currently third in the World Championship albeit 33 points behind championship leader Marc Marquez already. Despite his slow start to the season in terms of picking up points, Rossi has been happy with his pace he has shown so far this season.

The Italian is excited to be heading to Jerez, and will continue to focus on working with the Michelin tyres at a circuit all MotoGP teams have some tyres data on apart from Yamaha, after electing to not test there last Novemeber.

“I’m very happy that now we go to Europe. The race in Texas was not very lucky for me, but even after a race like that we have to look at the positive side,” said The Doctor.

“We were having a very good weekend when we improved in qualifying and I felt very good on the bike and also with the Michelins. Austin has always been a very difficult track for me, but this year it was good.

“Now we go to Jerez, a track that I like very much. It’s very different from the first three rounds of the championship,” he said.

“We’ll have to work well, like we have done in these first races, finding the best setting for the tyres, continue working on the Michelins, and above all we must try to get onto the podium on Sunday.”