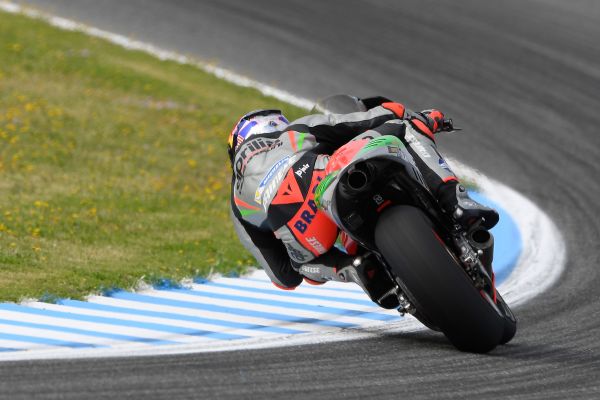 2011 Moto2 World Champion Stefan Bradl has confirmed he will be leaving MotoGP at the end of the 2016 season, moving to the World Superbike paddock instead.

Bradl joined the MotoGP class as part of the LCR Honda team before eventually being replaced in the satellite Honda team by Cal Crutchlow in 2015. Bradl then moved to the Forward Racing Yamaha team, before legal issues allowed Bradl to move to the Aprilia team from the middle of the season.

Aprilia signed Sam Lowes last season halfway through last season for 2017 and 2018, meaning there was only one open seat in the Aprilia team coming into 2016 for next year. When the Italian factory signed Aleix Espargaro, Bradl was seeking alternative employment.

The German had been in deep negotiations with the Avintia Ducati team, meeting with both Gigi Dall’Igna and Paolo Ciabatti as well as Avintia owners Raúl Romero and Antonio Martín, however the deal that Avintia ultimately put forward wasn’t right for Bradl, who confirmed that after this year he will be leaving the MotoGP paddock.

“Next year I will not be in grand prix racing,” the German told German website Speedweek.com. “It wasn’t an easy decision, but the MotoGP World Championship will take place without me.”

Bradl will now move to the World Superbike paddock and is expected to link up with the Ten Kate Honda team.

The 26-year-old had attracted interest from a lot of the WSBK paddock with Ducati, Aprilia and Yamaha also said to be interested in his services, however it appears Honda have stolen a march with Bradl set to join Nicky Hayden, whilst Michael Van Der Mark will join Alex Lowes in the Crescent Yamaha team.

Bradl’s team-mate in the Aprilia team Alvaro Bautista will join the Aspar Ducati team, partnering one of Eugene Laverty or Yonny Hernandez.