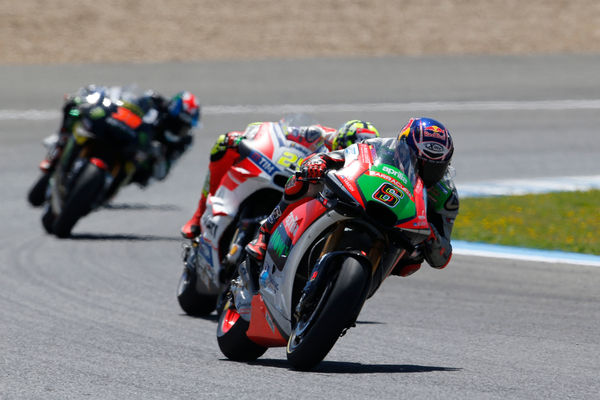 Stefan Bradl looks set to leave the MotoGP paddock, replacing Michael Van Der Mark in the Honda World Superbike paddock, whilst Eugene Laverty appears to be closing in on a contract extension with the Aspar Ducati team.

With the majority of the MotoGP field already set for 2017 now, two names who look set to experience different ends of the spectrum are Bradl and Laverty.

The German has lost his ride as part of the Aprilia Gresini team with Aprilia signing Sam Lowes last year for the 2017 and 2018 seasons and Suzuki outcast Aleix Espargaro. With no factory rides and top satellite rides such as Tech3, LCR, Marc VDS and Pramac already tied up, Bradl’s hunt for a new team in MotoGP was limited to begin with.

One of the few seats available to Bradl was the Avintia Ducati team. Avintia have confirmed Hector Barbera for 2017 and the idea of a German on the Audi-owned Ducati, paired with Frenchman Johann Zarco coming into MotoGP, the 2011 Moto2 World Champion was considered the more appealing option than Loris Baz.

However, according to Motorsport.com, talks between Bradl and the Avintia Ducati team have broken down, leaving the German now looking as though he will be watching rather than participating in MotoGP next season.

One rider who appears to be edging towards a new deal in MotoGP is Eugene Laverty. The Irishman’s contract with the Aspar Ducati team is up at the end of the season and ‘Norge’ has been strongly linked with a move back to World Superbikes with either the Ducati team or as part of a potential Aprilia return.

“I had hoped by now, but it’s still not fixed. After this test things should move a bit quicker, in the next few days to the next week, but the goalposts keep moving,” he said.

“I want to get signed up soon and come back here with a contract already signed when we return for the race. That’s my intention.”

Eugene Laverty looks set to be joined by Alvaro Bautista next season, with the Spaniard suffering the same fate as Bradl in being shown the exit door from the Aprilia.