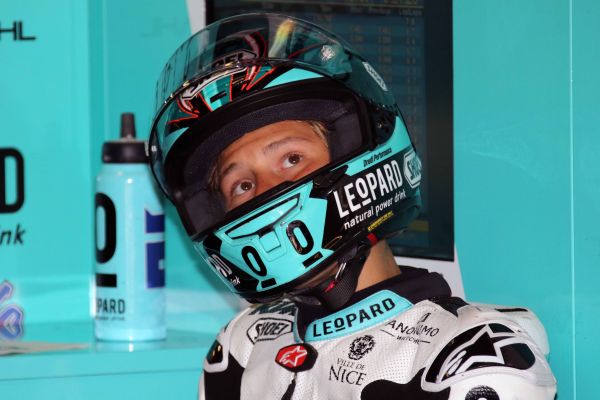 Sito Pons has targeted Frenchman Fabio Quartararo as the man he wants to replace Alex Rins in his Moto2 team for 2017.

The Spaniard is losing Rins to the factory Suzuki team, where he will replace his predecessor on the Paginas Amarillas HP 40 Pons machine, Maverick Viñales, who is Yamaha bound himself. With son and reigning Moto2 CEV Champion Edgar Pons already occupying one of the seats, Sito is on the hunt for a second rider.

Pons’ first option was that of 2014 Moto3 World Champion Alex Marquez. Marquez has suffered two horrible years as part of the Marc VDS Estrella Galicia 0,0 team, although they have given the younger Marquez brother another one year contract for 2017 to prove himself.

Another target was that of Italian sensation Lorenzo Baldasarri. Baldasarri has impressed and improved greatly in 2016 and the VR46 academy rider was very much on Pons’ radar. However, Baldasarri has a year left on his current deal with Forward and has a contract termination option standing at €600,000, too much for Pons to consider paying.

With Brad Binder in line to replace Tech3 bound Johann Zarco on the KTM Moto2 machine, Romano Fenati and Pecco Bagnaia set to form the VR46 Moto2 team on either a Kalex or Speed Up, and Jorge Navarro and Enea Bastianini set to stay in Moto3, Pons’ options were looking surprisingly thin.

The 17-year-old isn’t sure about jumping into Moto2 at such a young age, but despite being so young and finding himself 14th in the Moto3 World Championship, Pons believes in the talents of the two-times CEV Moto3 Champion. Pons believes that Quartararo is capable to competing at the sharp end of the Moto2 field despite being a rookie.

Quartararo has distanced himself from his manager, Eduardo Martin, in recent weeks. Martin was the man who engineered the move from Estrella Galicia 0,0 to the Leopard KTM team for 2016, however that hasn’t deterred Pons and his efforts to recruit Quartararo.