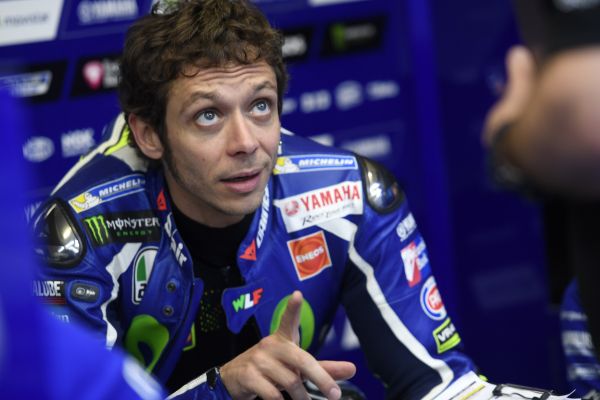 Valentino Rossi is eager to get back on track after his crash at Assen, nearly three weeks ago.

In a rain reduced second race, the Doctor found himself ahead of the field and in a strong looking position as he attempted to close the gap on World Championship leader Marc Marquez. However, a small mistake at the Mandveen right hander saw the Italian hit the ground.

With the mistake lingering on his mind, Rossi has said that he is looking forward to getting back on track, at a circuit where he has previously claimed victory four times, and head into the summer break on the back of a strong result, as he looks to kick start his World Championship challenge.

“I really want to get back on track. Over these last few days I’ve rested at home, but now I want to leave for the race at Sachsenring,” said the nine-times World Champion.

“In Assen we worked well throughout the weekend and we were really fast, both in wet and dry conditions, but the race was not very lucky for us. At the Sachsenring circuit we will have to work well as we have been doing during all weekends this season.”

Despite his mistake in Assen, the Italian has continued with the form and pace he rediscovered in 2015 and has been one of the fastest riders on the grid this season, thanks in no small part to his previous experience with the Michelin tyres.

“We are fast and I’m comfortable with the YZR-M1 and with the Michelin tyres. I like this track and on Sunday I will do my best to make it a good race.”

This weekend will see Michelin debut their new asymmetric front tyre for the first time since returning to MotoGP, due to the unique nature of the left hand heavy Sachsenring.