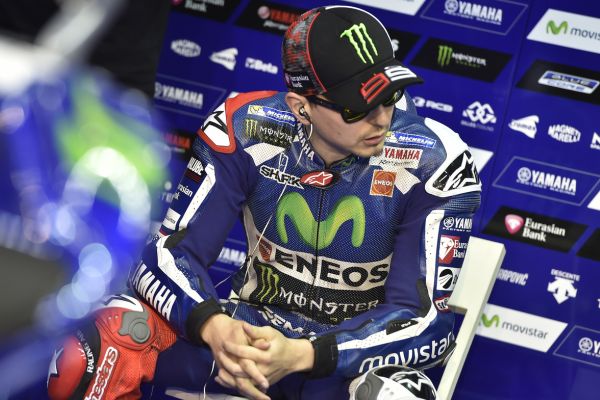 Reigning World Champion Jorge Lorenzo is eager to break his Sachsenring duck as he looks to put his horror weekend at Assen behind him.

Lorenzo endured a tough weekend in Assen where he struggled with the weather and could only claim 10th place, last of the non-crashers in a shortened rain race. Despite seeing one challenger in Valentino Rossi crash out, Lorenzo saw Marc Marquez claim second position and build his World Championship lead to 24 points.

With the summer break following the German round, Lorenzo is keen to head into his summer holidays on the back of a strong result.

“We are facing the last round of the first part of the season and we are eager to have a great result before summer holiday,” said the Mallorcan.

“I didn’t expect such a difficult race in Assen but ultimately we were able to get some valuable points for the championship.”

Despite being a three-time MotoGP World Champion and claiming five podiums in eight visits to Bavaria, Lorenzo is yet to stand on the top step of the podium at the Sachsenring. Racing against Marquez, who is unbeaten since joining MotoGP at the German circuit, Lorenzo is expecting a tough weekend.

“Now we are visiting Sachsenring, a circuit where I’ve never won. It‘s always a challenging track for both me and the YZR-M1, but this year – with different electronics and tyres – you never know,” he said.

“Every race is a question mark so let‘s see if this time we can be more competitive in Germany!”

The World Champion spent Monday doing some light training with Columbian and cycling star Nairo Quintana along with other members of the Movistar Tour de France team, on a tour off-day in Andorra.