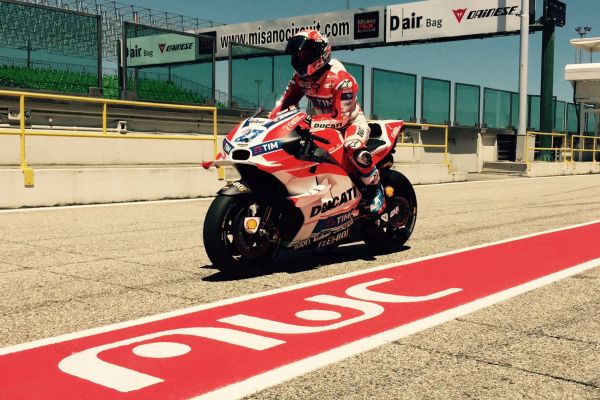 Former double MotoGP World Champion Casey Stoner was in action today during a private test in Misano, once again testing the Ducati Desmosedici.

The Australian who of course returned to Ducati in a testing role for 2016 tested the GP15 in both Sepang and Qatar, but threw his leg over a MotoGP machine in Europe for the first time since 2012 as he began a two-day test which will end Thursday.

Stoner, who was joined on track by Ducati’s full-time MotoGP tester Michele Pirro and Aprilia’s Sam Lowes, rejoined Ducati as a brand ambassador in 2016, agreeing to some tests with Ducati whilst refusing to rule out the possibility of a wildcard.

Already at Misano for World Ducati Week which begins on Friday and lasts over the weekend, Stoner took the chance to test the GP16 before the crowds flocked in.

A little video of today. That's one fast corner! pic.twitter.com/7QHhpoMgzx

Stoner will then head to Austria later in July where he will take part in a two-day test at the Red Bull Ring in Austria along with factory riders from Yamaha, Suzuki and Aprilia whilst some satellite riders from Honda as the MotoGP riders prepare for the Austrian Grand Prix in August.

Photos from @Official_CS27 and Ducati Corse