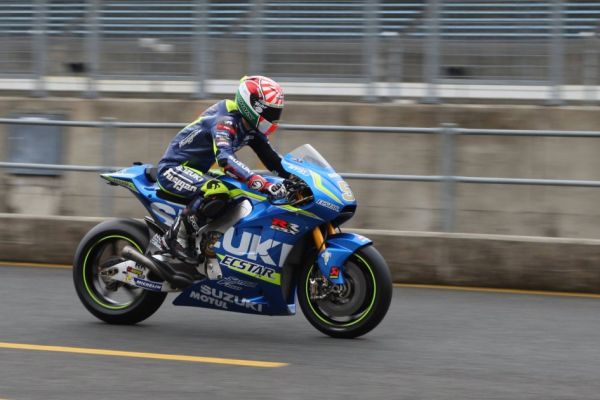 The Frenchman signed a deal with Suzuki in the off-season for a provisional ride in 2017, however the Japanese factory appear to have decided to not to take Zarco up on the option, instead electing to sign Andrea Iannone and Alex Rins for 2017 – paving the way for Zarco to link up with compatriot Herve Poncharal in the Monster Energy Yamaha Tech3 team.

Paddock rumours say that Zarco was signed with the intention of being put onto a satellite Suzuki machine for 2017 and that Suzuki were reluctant to put the 25-year-old in their factory team during, due to his age. However, with Suzuki choosing to only run two bikes again next season, the Frenchman was left with nowhere to go.

Zarco does have a verbal agreement in place with Poncharal and Yamaha, however he cannot sign anything official with them until his Suzuki contract is over, something which may come when Suzuki confirm the signing of Rins in Assen next weekend.

Despite not getting a factory seat, Zarco did confirm earlier in the season that he would be testing the GSX-RR, before representing the Suzuki factory in the Suzuka eight-hours, which will take place at the end of July. No lap times have been released from the private test, however the time spent on a MotoGP machine will only help Zarco when he does make the move to MotoGP.

Zarco will get a second test on the Suzuki whilst in Japan, although this time at the Motegi circuit, a track Zarco knows well a track where he has won twice previously.

After a difficult start to the 2017 season, Zarco now finds himself just 10 points behind World Championship leader Rins and just two behind second placed Sam Lowes, as the Frenchman bids to become the first back-to-back winner of Moto2.

Moto2 World Champion Johann Zarco has had his first taste of a MotoGP machine, testing the Suzuki GSX-RR in Japan pic.twitter.com/OqCyxzIiMQ