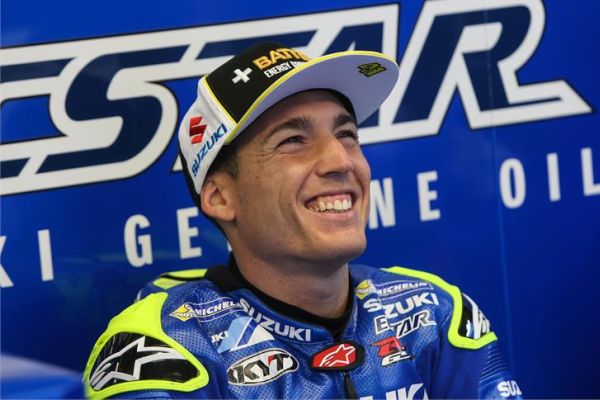 Suzuki factory rider Aleix Espargaro has signed a deal to join Sam Lowes in the Gresini factory Aprilia team for the 2017 MotoGP season.

Andrea Iannone has been confirmed with Suzuki for 2017, replacing the Yamaha-bound Maverick Viñales. With just one seat available for 2017, Suzuki have elected for Moto2 front-runner Alex Rins, rather than retaining the services of Aleix. Rins had been pushing hard for a factory contract, and an agreement was found in Barcelona between Rins and Suzuki, as they found a resolution to the contract length. Aleix had been in negotiations with the factory, however with Rins agreeing to a 2-years plus an option on a further two contract, Aleix was left searching for a new ride.

The Catalan was very vocal in his unhappiness with Suzuki after they opted to sign Iannone before even discussing a new contract, let alone officially opening contract extension talks with the former CRT Champion, with Aleix admitting it left him “disappointed and upset”.

Aleix had confirmed that he had offers from the World Superbike paddock – from both the factory Kawasaki and Yamaha teams – however GPxtra has learned that he has actually signed a deal to join the factory Aprilia team for next season.

The 26-year-old decided that he wanted to stay in MotoGP and declined an offer from Aspar Ducati to remain in a factory team, with Aprilia staff confident that the 2017 RS-GP will be much closer to the level of the Suzuki, rather than a machine fighting to obtain point scoring finishes.

Aleix has previously ridden a Aprilia in MotoGP with the Aspar ART machine. With the sport running the Claiming Rule team rules back in 2012 and 2013, Aleix won the CRT title both seasons as top Claiming Rule bike.

We understand that the contract between Aleix and Aprilia is a two year deal, with an option to end the contract after just one season should either party be unhappy with how the 2017 season goes.

Aprilia Racing Director Romano Albesiano has previously said that he would like to keep hold of both current riders, Stefan Bradl and Alvaro Bautista, with Aprilia exploring the unlikely option of running a satellite team next season, to ensure Aprilia keep all four riders on their books.

Espargaro is scheduled to be in the pre-event press conference in Assen alongside Alex Rins where both of the Spaniard’s are expected to confirm the news we’ve bought you regarding their futures. Aleix is currently sat seventh in the MotoGP World Championship standings, 10 points behind his younger brother Pol.