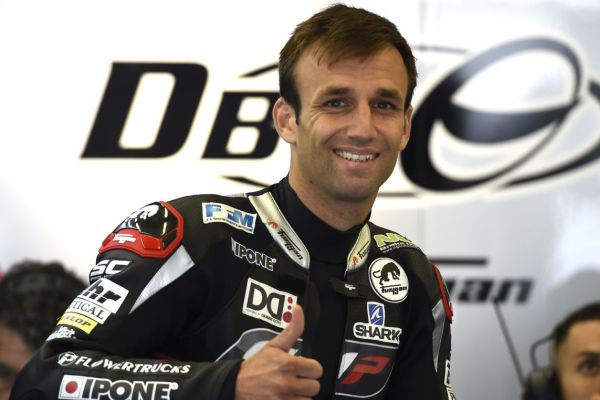 The 2015 Moto2 World Champion will replace Espargaro in the satellite Yamaha squad, as he makes his move into MotoGP twelve months after he initially hoped to.

GPxtra understands that Zarco is yet to sign the official deal with Herve Poncharal and the Tech3 team for 2016, due to the contract he has signed with Suzuki, but there is a mutual understanding between the two parties.

As part of the contract signed with Suzuki, the Frenchman has been confirmed as riding for the factory Suzuki team as part of the prestigious Suzuka Eight-Hours later this summer, whilst also pencilled into to get a test on the MotoGP GSX-RR, at the newly added Red Bull Ring in July.

Zarco’s deal with Suzuki had meant he wasn’t able to talk to other teams regarding a potential ride in 2017. However, with Suzuki electing to run both Andrea Iannone and Alex Rins in 2017, the Frenchman will be free officially free to discuss his future with new teams should Suzuki indeed confirm the signing of Alex Rins in Assen, as expected.

Suzuki will still have priority over Zarco, should they suddenly decide to run a satellite bike, however it appears increasingly unlikely that Suzuki will be able – or willing – to provide bikes to a customer team for 2017. LCR, Pons and Zarco’s own Ajo Motorsports team were all linked as possible suitors of a satellite Suzuki machine earlier in the year. However Lucio Cecchinello has stressed his desire to remain with Honda, whilst neither Sito Pons nor Aki Ajo will be running a MotoGP machine next season.

The signing of Zarco will please Poncharal immensely who has been a long fan of the Zarco and considers him no way a consolation prize after he failed to retain the services of Pol Espargaro or convince Alex Rins to join his team. Poncharal has yearned for a successful French rider to join his Tech3 team and in the shape of Zarco, the Frenchman has finally got his wish of a fast compatriot to ride one of his bikes in MotoGP.

Zarco, who will be 26 next month, may not fit the role of what Yamaha were hoping to use the Tech3 team for, which was a stepping stone into the factory team for young riders. However the Poncharal wasn’t interested in signing a rider directly from Moto3 after the struggles of Jack Miller and deem Zarco mature enough to be able to adapt quickly to the rigours of a MotoGP machine. Poncharal is also happy to employ an older rider with the Tech3 team’s best results all coming with more mature riders such as Cal Crutchlow, Ben Spies and Andrea Dovizioso.

It is unclear if Suzuki deeming Zarco surplus to requirements with a view to their factory team will affect his participation in the test at the Red Bull Ring next month. His Suzuka performance isn’t said to be an issue, however the chance to ride aboard the Suzuki MotoGP machine may be a bridge too far, with him set to join a rival.