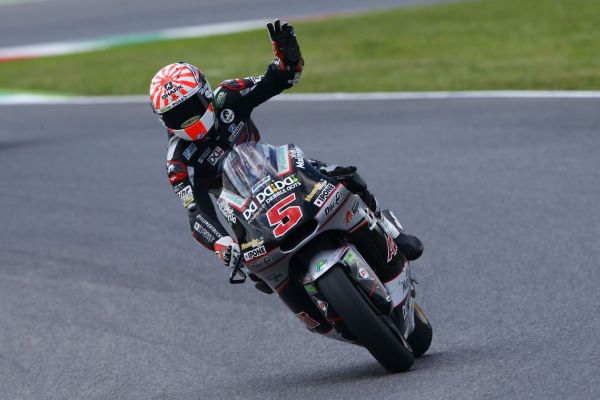 Johann Zarco’s move into the Monster Energy Tech3 Yamaha team for 2017 has been confirmed on the eve of this weekend’s German Grand Prix.

The 2015 Moto2 World Champion verbally agreed to join the satellite Yamaha team during the Catalan Grand Prix, once it was clear Alex Rins was going to be joining Andrea Iannone in the factory Suzuki team.

GPxtra reported the deal was close back at the beginning of June, replacing the KTM bound duo of Bradley Smith and Pol Espargaro. Zarco had initially signed a deal with Suzuki, however with Rins and Iannone signed for 2017 and no satellite team expansion for 2017, Zarco was free to choose an alternative team for next season.

Zarco has signed a one-year deal with the French team, with an option to extend it into 2018.

“It seems like a logical step for a French team and a French Champion to work together, and now finally the deal is done, which is certainly positive news,” said Zarco, who will join fellow rookie Jonas Folger next season.

“The team has a deep relationship and a long history with Yamaha, and they have proved that they can manage well in every situation and have had a good package year after year.

“This pleases me and it gives me extra motivation for reaching my targets in the 2017 season,” he said.

Whilst Yamaha weren’t against the deal, Tech3 team manager Herve Poncharal was a key figure in recruiting his compatriot into his team for next season.

“We haven’t had the chance to work with a French rider in our MotoGP team since Sylvain Guintoli in 2007, but I am certain that Johann will do a great job,” said Poncharal.

“We have been following him closely since he won the (Red Bull) Rookies Cup and he has gone on to have further success in the 125cc and Moto2 class. Last season was incredible for him and he won the championship in a masterful way.

“The pages of the Tech3 history book have been written by French riders including Olivier Jacque – who won the 250cc title – with Dominique Sarron, Jean-Phillipe Ruggia and Sylvain Guintoli all achieving success as well, so I am sure Johann can add to this list.”