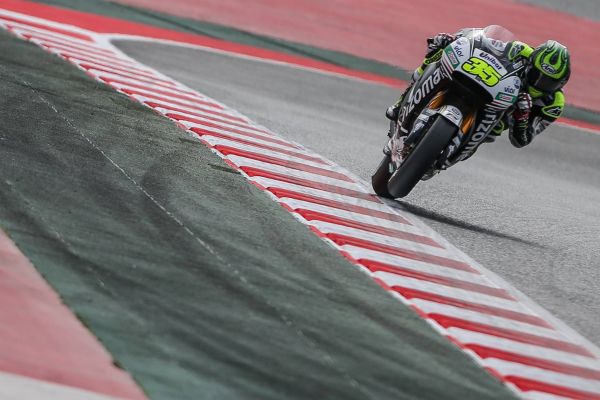 British rider Cal Crutchlow topped the post-race test in Catalunya aboard his LCR Honda, ahead of Spanish duo Jorge Lorenzo and Maverick Viñales.

The satellite Honda rider waited until the closing stages of the day before topping the reigning World Champion who was looking to put a tough weekend behind him. Crutchlow’s best time of the day was a 1’43.963 which was four tenths of a second off of Marquez’ pole time from Saturday – but would have been good enough to put him second on the grid.

Lorenzo’s best time was a 1’44.202 which was two tenths slower than his qualifying time, but a tenth faster than third placed Maverick Viñales, with the Spaniard trailing his Yamaha predecessor by just over a tenth.

Andrea Iannone was fourth fastest after another Sunday to forget for the Maniac, whilst Aleix Espargaro was fifth fastest in another encouraging test for Suzuki.

The riders were testing new Michelin tyres, with the French company bringing three different rear tyres to be tested by all the teams, with the goal of improving the traction on corner exit for all the teams.

Crutchlow will be hoping that this combined with the upgrades he is expecting from Honda for his LCR machine in Assen that this can kickstart his season.