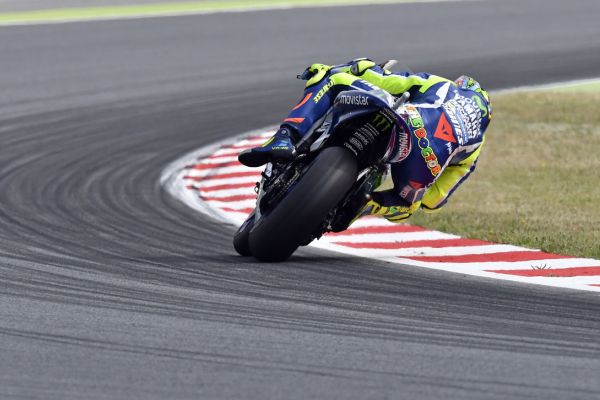 After topping the morning warm-up, Rossi found something that he had hoped that would serve him well in the race, and it did. Rossi led for the majority of the race with Marquez sat closely behind. The Spaniard eventually made his move on Rossi with five laps to go although Rossi ultimately fought back and got the better of the Spaniard – who on the cool down lap changed his 93 to a 39 in honour of the late Luis Salom.

The duo went on to shake hands for the first time in public since the infamous Sepang incident of 2015 as a sign of solidarity on a hard weekend for everybody in the paddocks emotions.

Despite the great battle at the front of the race, the main talking point from the race saw reigning World Champion Jorge Lorenzo taken out by Andrea Iannone. The Italian went for a gap that wasn’t there at turn 10 and ultimately torpedoed the early race leader. Tensions were clearly high, and a penalty will surely be given to Iannone for the next race in Assen.

If you haven't seen it yet, here is the Iannone/ Lorenzo incident from earlier today #MotoGP pic.twitter.com/pdtpr5PaiB

Dani Pedrosa managed his medium rear tyre and rounded off the podium, finishing ahead of Maverick Viñales and top independent rider Pol Espargaro.