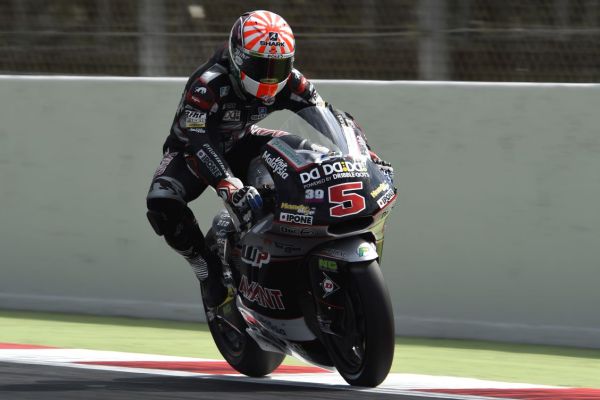 Reigning World Champion Johann Zarco won an emotional Moto2 race in Barcelona as he applied the pressure to Rins and Lowes atop the World Championship standings.

The Moto2 paddock of course suffered the loss of Luis Salom Friday afternoon, however with the blessing of the Salom family the race went ahead and Zarco dominated from start to finish.

After the crazy opening stages of the race Spaniard Alex Rins found himself leading the World Champion, however it looked just a matter of time before the Frenchman made his move on the Spaniard.

The move did eventually come with seven laps to go, and once Zarco was past he wouldn’t be caught, winning the race by just over four seconds.

Behind the front two, Taka Nakagami claimed his first podium of the season ahead of Hafiz Syharin who finished fourth place.

Heading into the weekend Sam Lowes was top of the World Championship standings by 2 points, however the Brit could only manage a best finish of sixth position, meaning he would now relinquish the World Championship lead to Alex Rins. Rins lead is eight points over Lowes, with Zarco now just two points behind the Brit.