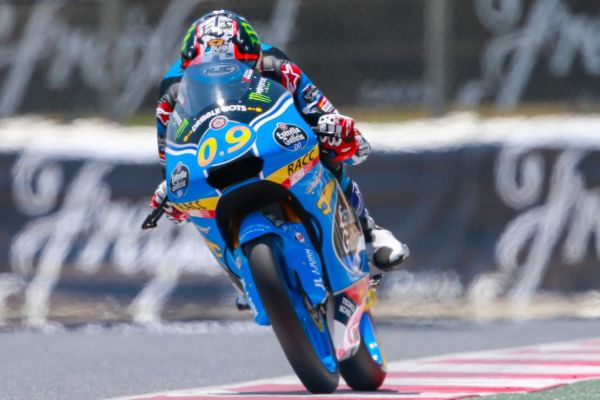 Spaniard Jorge Navarro won his first ever World Championship race at we start a emotional day in Catalunya.

The lead group was made up of eight riders, before it lost Khairul Pawi and Gabrielle Rodrgio in the closing stages leading a last lap dash between eventual winner Navarro, Brad Binder, Enea Bastianini, Romano Fenati, Nico Bulega and Aron Canet.

The Spaniard looked strong all race, although his day was made slightly easier when World Championship leader Brad Binder managed to save almost disaster after being tagged by Rodrigo with three laps to go.

With Navarro gone at the front, Binder put in a superb last couple of laps to limit the damage and claim a strong second place. Behind Binder, Enea Bastianini claimed his first podium of 2016 with a last corner move on Romano Fenati.