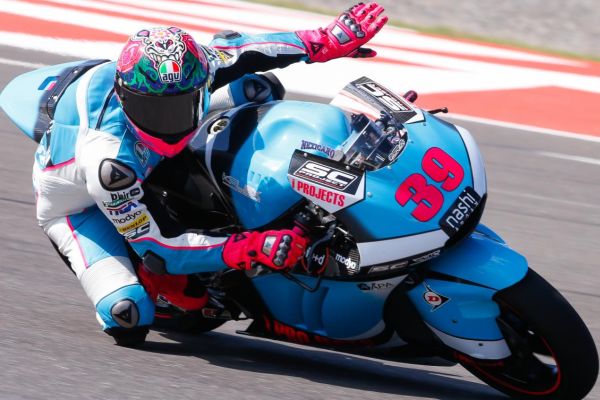 Moto2 rider Luis Salom has passed away after injuries sustained during this afternoon FP2 in Barcelona.

The Spaniard crashed at turn 12, before sliding into the fence, followed in by his SAG Kalex bike. The session was immediately red flagged with 25 minutes remaining in the session.

Medical cars and ambulances came onto the track to treat the 24-year-old before he was airlifted to the local General de Catalunya hospital for emergency treatment. He was transferred in for immediate surgery, but despite the efforts of the doctors, Salom passed away at 4:55pm local time.

The ‘Mexicano’ made his World Championship debut in 2009 and would later finish runner up to Maverick Viñales in the 2012 Moto3 Wolrd Championship. He also claimed three Moto2 podiums, with his most recent coming in Qatar during the opening round of this seasons championship.

As a result of the incident, the rest of the weekend will be run using the Formula One circuit, with the tighter turn ten and the chicane at turn 12.

Confirmation of the new track layout for this weekend. https://t.co/qM7aOWFe5i

Everyone at GPxtra passes their condolences to the family, friends and team of Luis Salom.\