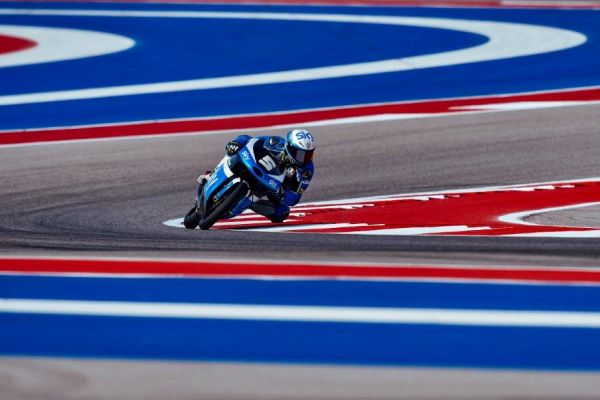 Romano Fenati displayed a perfect ride in Austin to take his first win of 2016 ahead of Jorge Navarro and World Championship leader Brad Binder at the Circuit of the Americas in Austin.

Fenati got a good start from fifth place on the grid and was soon pressuring early race leader Navarro. A mistake on lap eight saw Fenati take the lead from the Spaniard, before another mistake by Navarro into the first corner two laps later gave Fenati a three-second lead and allowed him to edge away from Navarro before eventually crossing the line +6.612 ahead of the Estrella Galicia 0,0 rider.

Behind the front two, Brad Binder benefitted from the misfortune of a mechanical error to Fabio Quartararo robbed the Frenchman of a podium shot with three laps to go, to overtake pole sitter Phillip Oettl to claim the final spot on the podium.

Andrea Locatelli was an impressive fifth place, holding off Enea Bastianini and rookie Aron Canet. Nico Antonelli was also challenging for fifth before a fast crash into turn five undid all of the work from Anotenlli who started the race down in 30th position.