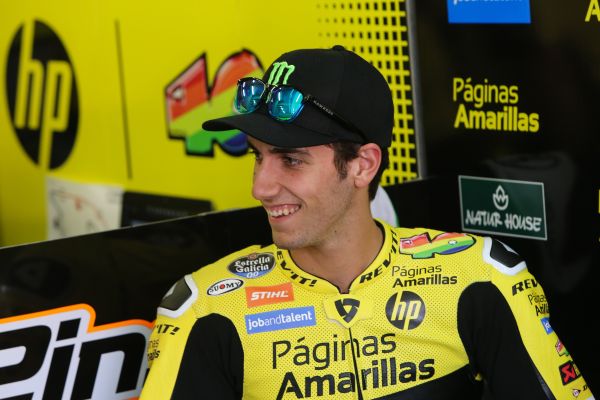 Alex Rins is expected to sign a two-year contract with the Ecstar Factory Suzuki team for 2017 and 2018, with an option to extend the deal for another two seasons through to 2020.

The reports today have come via Spanish newspaper AS, and they say that a contract is yet to be signed between the factory and the Spaniard, but that a verbal agreement has been struck between the two.

Rins has been very vocal in his desire to sign and ride for a factory team for 2017. Yamaha elected to sign Maverick Viñales to replace the Ducati-bound Jorge Lorenzo. Honda have decided to keep both riders, leaving Rins’ only chance of a factory ride with Suzuki.

Negotiations were said to have been hinging on the contract extension option. Suzuki were reluctant to sign another young rider to a two-year deal, gain valuable MotoGP experience, just to then depart to join a more established factory – much like the situation faced with Viñales this year.

Despite the verbal agreement, nothing has been signed yet – although the signature is just a formality to be completed now. Brivio confirmed earlier on Friday that Suzuki will confirm their rider line-up in Assen in two weeks time.

The signing of Rins will complete a total overhaul of the factory Suzuki rider line-up. Iannone was signed to replace Viñales once the Spaniard had decided he wanted to join Yamaha, and now Aleix Espargaro will be replaced by a younger Spaniard – with Aleix close to signing a deal to race for Aprilia alongside Sam Lowes for 2017, turning down World Superbike approaches from Kawasaki and Yamaha.

2 thoughts on “Alex Rins set to sign with Suzuki”