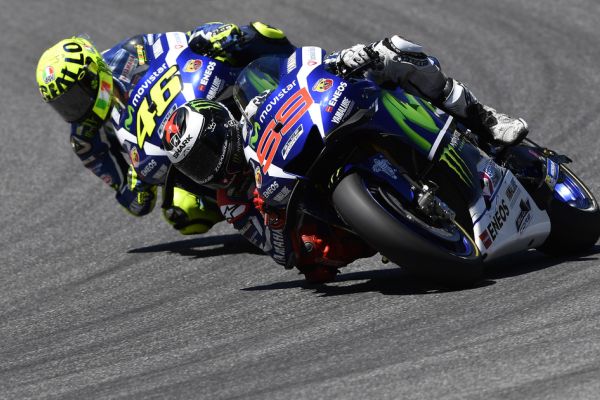 Yamaha have revealed that the engine issues that affected both Movistar Yamaha riders last Sunday in Mugello was due to an electronic issue that caused overreving.

MotoGP World Champion Jorge Lorenzo suffered an engine malfunction during Sunday’s morning warm-up whilst his team-mate’s engine let go in spectacular fashion on the ninth lap of the Italian Grand Prix, whilst running right behind Lorenzo.

Lorenzo went on win the race, whilst Rossi was forced to retire from the race. Immediately after the race, both of the engines were sent back to Japan for the factory to work out what had caused the faults.

“After the technical problems in Mugello the two defective engines were returned to YMC for investigation. Following our detailed investigation of the engines, telemetry data and related systems we found the cause of the failures,” said Yamaha’s Kouji Tsuya.

“The failures were caused by an electronic issue related to the rev limiter which ultimately resulted in valve and piston damage. The cause for both Jorge‘s and Valentino‘s engine failures was the same. To be clear, there was neither an engine component nor a structural failure, it was purely an electronic control issue.

“Valentino‘s failure was caused by an accidental over rev in acceleration that occurred jumping over a crest with full throttle at the end of the straight. This failure was not in any way related to the mistake made by Valentino at the San Donato corner on the lap before.

“There were no special mapping settings used for Mugello; we used the same precise mapping as always. We have now withdrawn both engines from the allocation for the season.

“We have a strong history of engine reliability and this fact does not change after this incident; the engines had no problems, but we were not aware of the different behaviour of the standard ECU software, that made the rev limiter work in a different way compared to last year. We set the rev limiter using last year‘s data in exactly the same way as we did last year, but we could not be aware that the software worked in a different way.

“Valentino‘s engine was the freshest of the three that were sealed so far from his allocated engines, therefore after Jorge‘s Warm Up engine failure there was no reason to consider replacing it. Furthermore we couldn‘t find out the electronic issue in Jorge‘s engine in such a short timeframe.

“Mugello is one of the most critical circuits because of jumping over a crest with full throttle on the straight, and engine RPM becoming higher. We have learnt from this incident and already modified the rev limiter setting, so it will be OK in Catalunya. As a precautionary measure, the other engines used by both Valentino and Jorge in Mugello will be used only for practice sessions, until their life cycles are completed.

“We understand an electronic issue caused the failures in Mugello, therefore we do not need to intervene with our remaining engines that are not yet sealed. We still have enough engines for the remainder of the season. We have already devised a countermeasure, so we are confident that the failures in Mugello will not recur.”