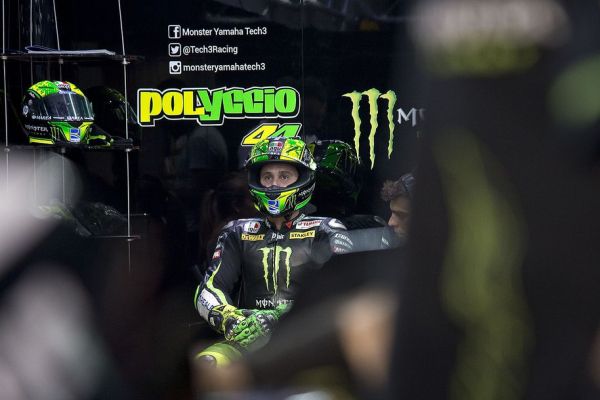 Monster Energy Yamaha Tech3 rider Pol Espargaro confirmed during this afternoons pre-Catalan MotoGP press conference that he will join his current team-mate Bradley Smith in the KTM factory team for 2017 and 2018.

Yamaha had confirmed that they were not going to be extending their partnership with the 2014 Moto2 World Champion, beyond his third season with the satellite team.

The Austrian company have been on the look out for a second rider since confirming that Smith would be joining them during the opening Grand Prix of 2016 in Qatar.

KTM have employed the likes of Randy De Puniet, Mika Kallio and Alex Hoffman as they prepare for the RC16 to make its MotoGP debut in 2017.

“I am going to sign with KTM for the next two years and join the new adventure with them. New team, new bike in MotoGP,” Espargaro told the packed media room in Barcelona.

“I saw the opportunity to try something different and to try and be with these guys in the future. Working together with KTM will be crazy hard, but I’m ready to work. They also showed me they’re ready to work.

“We have an agreement for two years and I want to thank Yamaha, Herve and Lin as they gave me the chance to grow in MotoGP and this is my dream come true.”

Espargaro also confirmed the news GPxtra brought you last week that he also an approach from Avintia and Ducati for next season.

“I have to say thanks and also to Ducati and Avintia because they showed a lot of interest too but we couldn’t go that way. Happy to face this adventure with KTM and finish this year well,” he said.

KTM Motorsport Director Pit Beirer said he was delighted to secure the signing of another young, but experienced rider as KTM prepare to embark on their MotoGP mission.

“We’re more than happy that we’re now able to sign Pol Espargaro as a young rider of form and with MotoGP experience for this dynamic project,” said Beirer.

“Both Pol and Bradley are well suited to KTM. Also in Mika Kallio we have an extremely motivated and competent test rider within the structure. We can grow together and continue to develop in all aspects. Now we hope for good conditions for the further tests and extend wishes to everyone for a successful rest of the season 2016.”