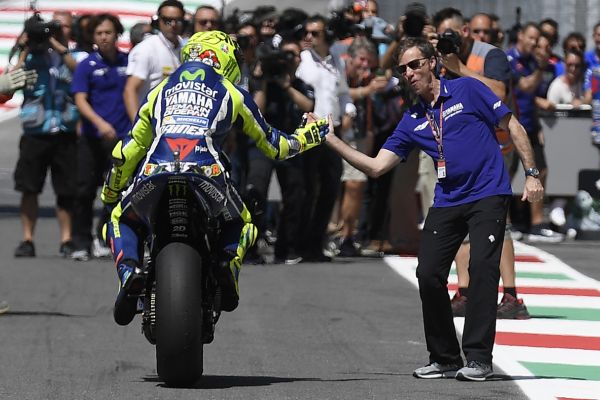 Rossi was faced with immense disappointment last time out in Mugello when the engine inside his Yamaha M1 let go half way through his home race, with the Italian looking more than capable of winning the Italian Grand Prix for the first time since 2008.

With that DNF, the Italian falls 37 points behind his team-mate in the standings. Despite the tough task he’s now being faced with already, the Doctor arrives in Catalunya in high-spirits, knowing he had the pace to challenge for victory last time out.

“The Catalunya Grand Prix is held at one of my favourite tracks,” said Rossi, who has finished runner-up to Marquez and Lorenzo respectively, at the Circuit de Catalunya for the past two seasons aboard his Yamaha M1.

“I like the circuit a lot as well as the atmosphere. I think that I can have a good potential to do a good race. I’m coming to Spain with the knowledge that I’m able to be fast, but also with regret for what would have been a great race at Mugello.

This season has seen Rossi use every session in a very methodical manner, building up to Sunday’s race, whilst making a conscious effort to improve his qualifying sessions. The Doctor says this weekends plan is to continue to work towards being in the best shape possible for Sunday’s 25-lap race.

“The most important thing is that we were very fast on Sunday thanks to the work we did during the weekend. In Barcelona we have to work in the same way and get ready to race.”