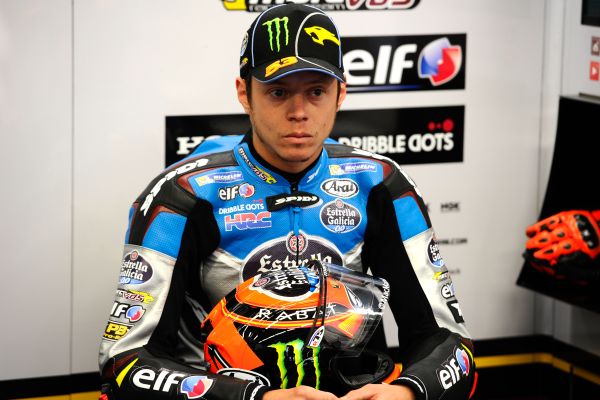 Marc VDS rider Tito Rabat has been ruled out of this weekends Italian Grand Prix in Italy after fracturing his left collarbone during Saturday morning’s free practice three.

Rabat crashed at the Biondetti chicane – the scene where Valentino Rossi infamously broke his leg in 2010 – and immediately grabbed his left arm as he was visibly in pain whilst being helped away by marshals.

The Spaniard was almost immediately diagnosed with a fractured collarbone and was transferred to the local Borgo San Lorenzo hospital where he will undergo x-rays to determine whether he requires the surgery there or can have it back in Barcelona.

The 2014 Moto2 World Champion will hope to be back at the next round in Barcelona in two weeks time, but that of course depends on whether the 26-year-old can prove his fitness before the Catalan round.

Tito Rabat has suffered a tough start to 2016, after moving into MotoGP aboard the Honda RC213V. Rabat is currently 17th in the MotoGP World Championship standings.

The goal is for @TitoRabat to return in Barcelona, but this will be dependant on a medical assessment after treatment. (2/2)