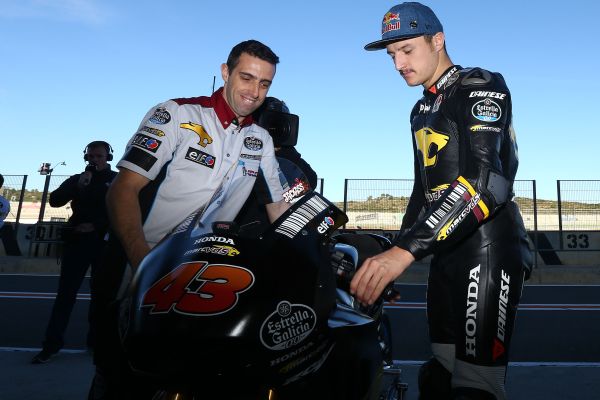 Marc VDS rider Jack Miller has officially been ruled out of the opening test of 2016 as he recovers from the broken leg sustained whilst training earlier this month.

The 21-year-old broke his fractured his right tibia and fibula during a motocross accident the the day before his 21st birthday in Bellpuig, which is about an hour West of Barcelona.

Miller was operated on by Dr Xavier Mir in Barcelona and the team were optimistic that the Australian would be able to make the first test, which gets underway on Monday 1st February, however the test has come just too soon.

This will be a huge loss for Miller who only got his first taste of his new factory RC213V during the post season test in Valencia. With the added complication of the entire MotoGP paddock shifting over from Bridgestone to Michelin tyres and being forced to run with standard Magneti Marelli software. The three day test will be vitally important for all riders and teams, as they bid to learn the limits of the new tyres and continue to gain data for the new software.

With the first test now off the schedule, Miller’s attention will now turn to the second pre-season test of 2016 which is in Miller’s home country at Phillip Island, which is due to get underway two weeks after the first test finishes.

“It’s unfortunate that Jack is unable to test in Sepang but we are hopeful that he will have recovered sufficiently to join us at Phillip Island for the second of the three preseason tests,” said Team manager Michael Bartholemy.

The Marc VDS team will be present in Sepang with their second new rider Tito Rabat, with the Spaniard continuing to learn about his Rc213V whilst gathering valuable data for his team.