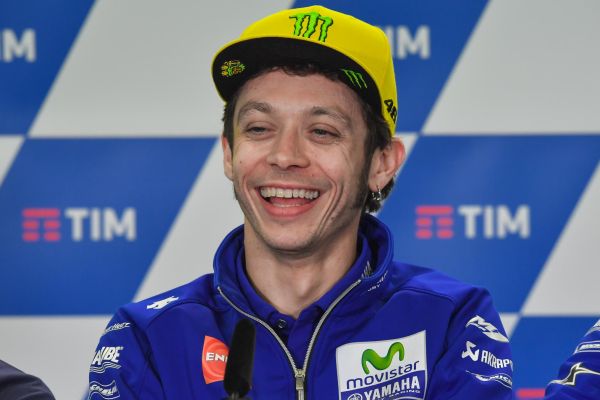 Movistar Yamaha star Valentino Rossi spoke with excitement when asked about his new team-mate at the Yamaha factory team for the 2017 and 2018 season after Maverick Viñales was confirmed earlier today.

The 21-year-olds move to Yamaha was announced Thursday morning, where he will be replacing the Ducati-bound Jorge Lorenzo. Viñales’ move was long-awaited and the duo shared the podium for the first time, last time out in Le Mans.

Rossi and Lorenzo have endured a rocky relationship at times, however Viñales has spoke on multiple occasions of his admiration and respect for the Italian. The Spaniard said that he beleives he can learn “everything” should he end up sharing a box with the Doctor.

Rossi has often praised Viñales’ ability and continued to do so during Thursday’s pre-event press conference.

“I think it will be very hard because Maverick is so strong, young, and has great potential,” said the nine-times World Champion.

“We have another strong team-mate.”

Rossi arrives in Mugello third in the MotoGP World Championship standings, twelve points behind his current team-mate Lorenzo. Despite not standing on the top step of the podium since 2008, Mugello remains a special place for Rossi.

“Mugello is always a very special weekend. It’s a special race, because from the first year I raced in the World Championship the Italian Grand Prix has been here,” explained the 36-year-old.

“The track is fantastic, it’s one of the best, the atmosphere is always good too. We have to try and be strong because in the last few years I wasn’t fast enough to fight for the victory. I also need to have a good qualifying to be stronger from tomorrow. We also hope also for good weather, because today is very bad.”