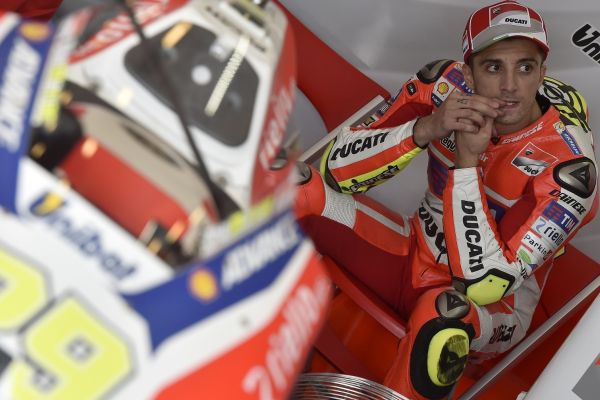 Andrea Iannone’s move to the Suzuki factory team has been confirmed, signing a two-year deal with the Japanese factory, less than 24-hour after we confirmed the deal for you.

Iannone was informed earlier this week that Ducati had instead elected to keep Andrea Dovizioso to partner incoming World Champion Jorge Lorenzo for 2017, leaving the Italian without a ride.

Luckily, the Italian had an offer on the table from Suzuki from before his Ducati fate had been decided, an offer he has now taken Suzuki up on.

‘The Maniac’ will be tasked with continuing the development and impressive results posted by Yamaha-bound Maverick Viñales after his move to the Movistar Yamaha team was confirmed earlier this morning.

The 26-year-old has endured a tough start to the 2016 MotoGP season, crashing out of three of the opening five races, something which is said to have swayed Ducati in the favour of retaining his more experienced team-mate.

Despite losing Viñales, Suzuki Ecstar Team Manager Davide Brivio was excited with what the future may hold with his compatriot coming in for the next two years.

“We are happy to have enrolled Andrea in our team for the next two years,” said the Italian. “He is one of the top riders in MotoGP and he is also very passionate and motivated; which fits into our racing philosophy.

“Our technical project is continuously improving since our debut in 2015 and we are working hard to make our GSX-RR very competitive so that it can fight consistently close to top and victory as soon as possible,” he said.

“We wanted a rider that could help Suzuki continue its road to the top. Andrea is a fast rider who has the hunger for success and his riding style could suit our machine’s characteristics, therefore giving us good hopes for a positive partnership.

“Being in his fourth year in MotoGP he’s also an experienced rider from which the whole team will benefit.”

Iannone is current sat tenth in the MotoGP World Championship standings, with just one podium to his name from Austin.

2 thoughts on “Andrea Iannone’s move to Suzuki is official”